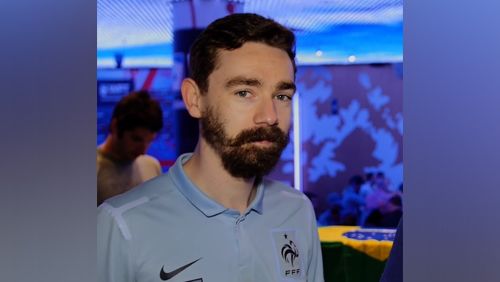 The latest winner of a PokerStars WCOOP title is partypoker pro Ludovic Geilich, who triumphed against German professional Ole Schemion heads-up in the $10,300-entry High Roller WCOOP event, which took place in an 8-Max format.

The final day of the event saw Geilich enter play as the chip leader, but the Scottish poker pro, who paid tribute to his partypoker colleague and Chairman Mike Sexton earlier in the day, didn’t have it all his own way once eight players were all that remained. The field of 94 entries saw just 11 players make the money, with the $1 million guarantee not quite being reached, creating a little overlay for players to enjoy winning.

The final table kicked off with nine players unofficially, but it wasn’t Geilich who was dominating proceedings. Chris ‘Big Huni’ Hunichen was in command, and wielded the axe as he busted ‘fishbones11’ in 8th place, Hunichen’s pocket kings starting and finishing the hand way ahead of pocket sevens.

Next to go was Portuguese player Filipe Oliveira, who was busted in a three-way all-in when Gelich flopped a set of eights, Thomas Muehloecker the other player to lose chips. However, far from dwindling out of the event, Muehloecker would double-up twice to work his way back into contention.

It was the Canadian pro Timothy Adams who busted next, his suited ace-eight dominating yet losing to Geilich’s ace-five of another suit. When Muehloecker was all-in in the next hand, his overpair couldn’t hold and he was finally eliminated in 5th place, taking home $85,237 for his efforts.

One of the most consistent tournament players in the world right now in Belarussian player Mikita Badziakowski fell in 4th place, earning the first six-figure score of the event ($110,295), losing all of his chips when his all-in move with pocket eights ran into Hunichen’s pocket kings and couldn’t catch up.

It would be Hunichen himself who would bust in 3rd place, his short stack looking like it might double with pocket kings again, only to be called when shoved and overtaken by Schemion’s pocket fours.

The heads-up battle was intense, and deep enough for some aggressive re-raising and check-raising along the way. Both Schemion and Geilich held the lead on multiple occasions, before Schemion was holding less chips and hit top pair on the flop with king-queen. All the chips went in, and Geilich’s flopped two-pair with king-nine was good enough all the way to the river, where it improved to a tournament-ending full house.

With both men going into the online duel with one WCOOP title each, it was the British player who bagged his second, four years after first achieving the feat, leaving Schemion to claim $184,676 for his runner-up performance. Geilich himself won a mammoth payday of $238,966 and another major online title to add to his impressive poker resume, both live and online.

With plenty more WCOOP events to come and over 75 at each Low, Medium and High level, there will be lots more drama along the way. We’ll bring you all the big news here on Calvin Ayre, including from the WCOOP Main Event, which is scheduled to conclude on September 23rd.

Angela Jordison Wins 3 Side Events in 3 Days in Oregon, and Ludovic Geilich Takes Down the GPS Main Event in Newcastle
Lee Davy
17 April 2015
.