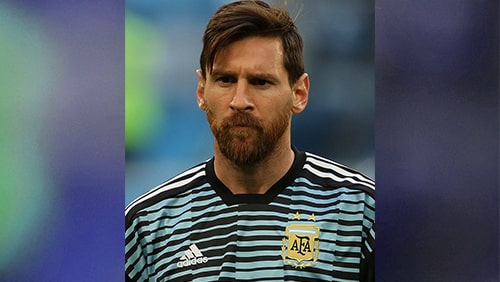 Barcelona’s damaging 8-2 defeat to Bayern Munich in the Champions League quarter-finals revealed many holes in the Catalans construction, but the overriding image was that of Lionel Messi trudging disconsolately from the Portuguese pitch.

Just a fortnight on from that demolition, of course, Setien has gone and Ronald Koeman has replaced him as the Nou Camp’s new manager. He said when he arrived that his first challenge was hopefully not going to be convincing Messi to stay.

Now, a week later, Messi’s transfer request arriving at the fax machines of those in power at Barcelona prove that the inevitable is coming – Messi wants out.

So where could the Argentinian magician go?

At the time of writing, there is only one favourite in the market, with Manchester City coming in from 5/2 to Evens over the last 48 hours. Many will point to Pep Guardiola as the reason Messi could sign on the dotted line for The Citizens, but the backroom pair of Ferran Soriano and Txiki Begiristain are also important – they were part of the original golden era Barcelona when Guardiola was manager.

While City have the money, the infrastructure and now – perhaps crucially – the permission to play in the Champions League after their appeal was successful against their two-year suspension, others in England can only offer those factors without the style of football that benefits Messi. City know they have the trump hand in that regard and must be rated as favourites.

The Other Big Names

While City have to be favourites to get Messi’s signature, others will be hopeful that a late package can swing the bidding in their favour. Of these sides, Inter Milan are as short as 4/1 in places, but the style of Antonio Conte’s side is putting us off.

Paris St. Germain are a best price 10/1 in a couple of places and that price intrigues us, not least because Messi would be able to link up with his old cohort Neymar in a lip-smacking attack also featuring Kylian Mbappe.

With Messi out of contract in just a year’s time, the 33-year-old wants to go one year earlier, but the sticking point to him leaving might be the clause that expired in his contract.

Messi could go for free up until June, but with that clause having expired, he would now be allowed to leave for his €700m contractual clause, not an amount Barcelona are particularly happy to forego.

Messi’s legal team allegedly states that because of the extended season, that clause should be moved to later, allowing their man to leave. Barce, and in particular President Bartomeu, are digging in their heels.

With Messi’s financial situation complicated, if Barcelona do decide that he must leave for a fee or potential swap deal, they might look to fill a glaring hole in their team in central defence. The outsiders of Real Madrid (100/1) and Napoli (90/1) both look unlikely to be able to secure Messi’s signature, but Koulibaly’s potential sale might help the Italian side dream a little more realistically of brining Messi to Naples. After all, he’d be following in the footsteps of a certain Diego Maradona if he did so.

Elsewhere, Newell’s Old Boys in Argentina are 16/1, which seems too short for us given Messi’s current level, but with the diminutive Argentine stating that he wanted to return to his homeland to play for the side ‘before he retires’, that might be a better option than the MLS or Arab state teams, who could offer the king of football a fine ransom but not the level of competitions he is still capable of dominating.

Odds for Lionel Messi’s Next Team (odds courtesy of oddschecker.com):