Home / Business / Thanks to Cuomo, The only casino open in New York is the NYSE 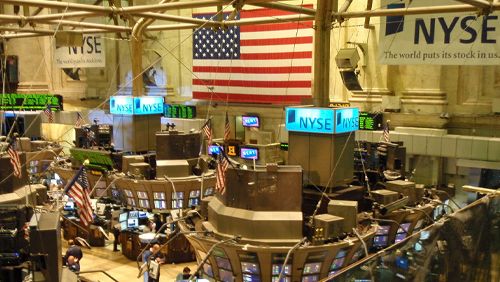 The crackdown on casinos intensifies. New York casinos have been deemed “nonessential” and will remain closed. Patrons who refuse to wear a mask are being cuffed and arrested in Las Vegas. Say what you want about health policy, but this is not going to encourage more gamblers to show up. Still, regional casino stocks are back at or at least relatively near all time highs. How does this make sense? It makes sense in that Wall Street has turned into kitschy tourist trap.

If you’ve ever worn a fanny pack and sunglasses with a “Hello My Name Is” sticker on your shirt while wearing one of those fishing hats and staring at a map upside down, then you probably know what it’s like to be caught in a tourist trap. Everything seems expensive but you really have no idea, because you don’t know the market. You get accosted by the tourist equivalent of those guys that spray your windshield at a red light. They offer you a trinket or ad hoc tour guide services. You usually end up paying them off even though you can’t understand a word they’re saying just so they don’t have an excuse to lynch you in a dark alley you may find yourself in accidentally if you make a wrong turn somewhere.

This is what it’s like at the New York Stock Exchange right now. All the other casinos are closed but this one’s open. There are bunch of tourists with fanny packs and sunglasses on the trading floor, having no idea what they’re doing. They smell like sunscreen and bug spray and they’re busy buying and selling stuff, having absolutely no idea what any of it is or how much any of it is worth. But they’re getting a kick out of it, that’s for sure. Wall Street has now become, thanks in part to continued casino closures, the most dangerous tourist trap for gamblers the world has ever known.

“You don’t need a casino to maintain survival,” says New York Governmor Andrew Cuomo, unless that casino is Wall Street. Well, you do need a casino to maintain survival if you’re working at that casino and you’re living paycheck to paycheck, but whatever. Big Box retailers though, which are open in New York, are somehow “essential to life” according to Cuomo. I guess we should all go down to our bunkers now in the wake of the ongoing retail apocalypse that just got kicked up another notch. JC Penney is bankrupt now. So is Lord & Taylor. Run for the hills people. The Big Box retailers so essential to life on Earth are dying. It’s the second Cambrian extinction. Give me Walmart, or give me death, I think the saying goes.

I would not bet on consistently good business at regional casinos any time soon. Yes, there may have been an initial knee-jerk reaction and need to just go out and do something in the immediate aftermath of lockdowns no matter how awkward the experience. Flush with Trump money and burning with cabin fever, an initial surge at regional casinos is just letting off steam, but it won’t last. Not when the threat of quarantines if anyone tests positive hangs over everyone’s head, that is assuming you have the money or time to even go to a casino in the first place these days. Unless you’re a diehard, it’s just not worth it. The casino stock rally has stalled. My feeling is that momentum is about to reverse back down, perhaps imminently once earnings season is over.

Penn National Gaming is reporting this week. On a monthly chart at least, the stocks is, unbelievably, right back at all time highs. It’s those sunscreen-smelling fanny-pack-wearing Wall Street tourists armed with Trump money, pushing it up there. They accounted for about 25% of stock market volume last month. Imagine your local market being swarmed by a bunch of tourists. What happens to prices? They go up. So typically, if you’re experienced, you wait for them to get back on their tour bus and leave before you do any real business.

Penn’s earnings are going to be really bad, even if they beat already depressed estimates. Boyd at least had a “revenue beat” last week despite revenues being down over 75% year over year. It lost over $100 million last quarter and interest expense rose. Debt must be repaid, after all. Perhaps it’s a good thing Cuomo is keeping the New York casinos closed. It’ll save them the losses of having to operate in morgue conditions.

The ones that are opening back up are opening at half capacity, but I doubt even that half capacity will be half utilized. The marginal gamblers won’t come because they’re busy trying to survive as it is. The more valuable, wealthy patrons will show up a lot less because they might not particularly like the experience of gambling through plexiglass everywhere like they’re on some UFO about to be probed in unwelcome places by “floor guides” enforcing social distancing guidelines. New York’s plan is even more extreme than that, which is to supplement these in-house floor guides with state agents on site at all times, whose job will essentially be to police the casino police, be the indoor bouncers, make sure nobody gets too close to anyone else and you’re masked up.

The question of how long these regional casino stocks stay elevated near all time highs under these conditions just depends on how much longer the flocks of Wall Street tourists are going to hang around. I’d say, one more quarter maximum. One more round of earnings, and then when it becomes clear that we are not returning to normal any time soon, the smart money slams price and scares the tourists out of the only casino left open in New York.