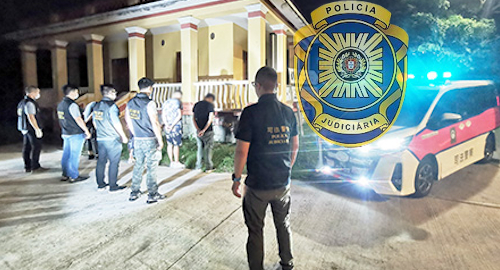 Chinese gamblers are using smugglers to avoid pandemic-related travel restrictions in both Macau and on the mainland, according to local police.

On Monday, Macau’s Judiciary Police (PJ) announced the arrest of eight individuals linked to an aquatic smuggling ring that had been clandestinely ferrying mainland gamblers to Macau casinos and back again without going through the normal customs inspections.

A PJ spokesperson said the authorities got wind of this casino version of the Underground Railroad through discussions with their counterparts in Zhuhai, after which a joint operation was launched. Three members of the ring and five suspected customers were arrested in both jurisdictions.

The PJ said the ring and its motorboats had been in operation for at least one month, charging gamblers between RMB22k-30k (US$3,140-$4,280) apiece to make the trip. That sounds pricey, although it also included accommodation in Macau, as registering with one of the casinos’ hotels would have given the game away.

One of the arrested mainlanders reportedly came clean, telling the authorities that the purpose of their trip was gambling and the reason for engaging in this skullduggery was avoiding pandemic prevention measures on both ends of the journey.

China’s Guangdong province recently eased its quarantine restrictions for individuals returning from Macau, but the government has yet to resume issuing permits under the Individual Visit Scheme (IVS) or authorizing group package tours.

Last year, long before COVID-19 was a thing, IVS permits accounted for nearly half of the 28m mainland Chinese visits to Macau, while around 7m came via group tours, leaving just 8.4m who came via regular transit.

Compounding matters, the Macau Government Tourist Office said Monday that it is currently not negotiating with mainland authorities regarding a resumption of IVS permits. Similarly, mainland tour groups have only recently received permission to begin traveling from one province to the other, but as yet there’s been no progress on allowing these tours to venture off the mainland.

Macau will release its July gaming revenue stats on Saturday, and few observers are expecting any significant improvement from June’s dismal result.