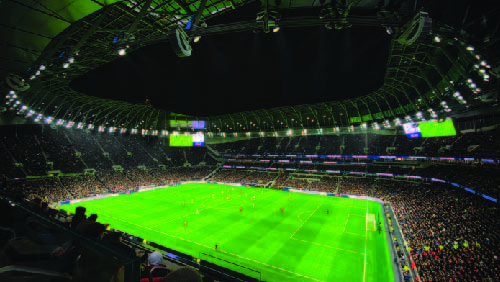 Last night’s game between Liverpool and Chelsea was an eight-goal thriller, but if you were in China, then you missed every goal from the spectacular rocket-fest.

That’s because Chinese authorities have escalated a row between the U.K., Washington and China by pulling coverage of the Liverpool 5-3 Chelsea match on CCTV, the popular chiense Sports Station that traditionally broadcasts English Premier League games.

As reported by Bloomberg overnight, while Chinese state TV has been a highly lucrative way to feather the nest of EPL money from TV rights, possibly to the tune of around £370m, roughly two-thirds of the £564m three-year deal reported in 2019.

With the coming weekend’s final crucial Premier League clashes having been stripped from Chinese television schedules, there seems no immediate end to the dispute, and CCTV, controlled by the Chinese state, is likely not to feature Premier League football until next year even if there is an easing of tensions between British Prime Minister Boris Johnson and Beijing.

With discussions between the Western world’s superpowers about a coalition to oppose China sure to go into next week with added urgency due to the potentially devastating decision, with shirt sales and sponsorships under threat due to the call from Beijing, as much is on the line in conferences between the power nations of the world as it is on the 10 pitches which will host the Premier League’s finale this weekend.

The Chinese government have some form with the Premier League, with this picture from a visit to the Etihad Stadium and Sergio Aguero an unforgettable moment from 2015.

With China accusing the United Kingdom of being a tool of the Trump administration in America, there could hardly have been a worse time for this argument to have exploded. It could have a massive impact on the sport of football if a resolution cannot be found, and with PM Johnson having another likely four years in power, the U.S. General Election later this year will be a key factor in how long the debate rages.

Premier League clubs such as Manchester clubs United and City, Tottenham Hotspur and Liverpool all have huge fanbases in the Far East and will be watching developments with more than a lot of interest.