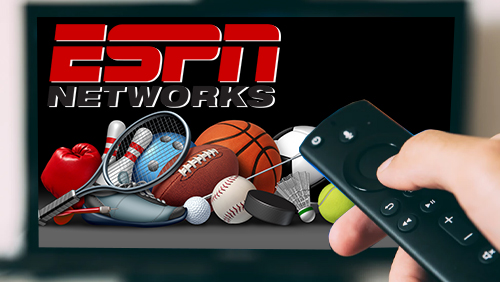 VSiN, the Las Vegas-based sports gambling network with deep roots in the sports ecosystem, has picked up an important addition to its team. Per an announcement from the company yesterday, it has recruited Ben Fawkes to lead its digital content efforts, bringing on board a sports journalist who became a standard fixture thanks to his long career with ESPN. Ben Fawkes is the former General Editor of ESPN Chalk and will now use his talents and skills as the VP of Digital Content for VSiN.

Fawkes involvement with ESPN Chalk lasted over nine years and included, among other things, management of the writing team, as well as running the Behind The Bets podcast. Going forward, he will oversee VSiN’ written and digital content, including that published through the company’s Point Spread Weekly, daily newsletters and special reports. With his experience in podcasts, he will also have an on-air presence and help develop new strategies for VSiN across all of its platforms.

VSiN (Vegas Stats & Information Network) is intrinsically tied to the sports world, having its roots in the Musburger family that includes longtime sports analyst and commentator Brent Musburger. Co-founded by the personality’s nephew, Brian Musburger, and backed by the sports celebrity, VSiN has continued to grow substantially since launching three years ago.

Brian Musburger runs the company as its CEO and is excited to add Fawkes to the lineup. He explains, “Anyone who has followed the sports betting industry over the past several years is well aware of Ben and his great work. He was one of the architects behind ESPN’s sports betting coverage and continues to be one of the most respected and prolific voices in sports betting. Adding Ben to the team will further strengthen both our editorial voice and our position as the most credible source in the sports betting space.”

Fawkes has tirelessly worked at ESPN to increase its sports gambling exposure, and those efforts paid off. He has been involved in virtually every aspect of the sports media giant’s expansion into the sports gambling realm, and worked alongside ESPN personalities such as Chris Berman, Mel Kiper, Todd McShay, Herm Edwards, Bill Barnwell, Ron Jaworski, Matthew Berry, Adam Schefter and Darren Rovell. He will undoubtedly be a substantial addition to the VSiN team and says of his move to VSiN, “I’m thrilled to be joining such an accomplished team of writers and talent. I’ve always admired VSiN from afar, with an eye as to how they’ve approached creating a niche in the rapidly expanding sports betting landscape. I’m excited to contribute now as a teammate and help VSiN evolve its content and increase its footprint.”