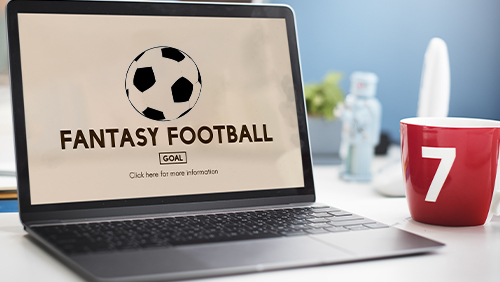 You failed to start with Teemu Pukki, sold Jamie Vardy just before his goal spree and left Michail Antonio on the bench last weekend when the West Ham utility man scored four in one game. But what else did you do wrong in 2019/20 that caused your workmates, friends and even family to change their usual greeting of a hug, handshake or Zoom wave to just pointing and laughing? Let’s get out a pad and pen and write down all the mistakes you made during the 2019/20 Premier League Fantasy Football season.

You started out relying on the previously unbeatable David De Gea. Sure, you thought, he’s one of the most expensive keepers in the league, but he makes game-saving stops that others simply can’t. Whether you waited until after Ole Gunnar Solskjaer’s side slumped to their 4th defeat of the season by early November or their 8th defeat of the season by January is irrelevant, because you then made the catastrophic error of plumping for Manchester City’s Ederson.

Ederson, such a spectacular goalkeeper at his best, looked terribly exposed during a turn of the year period for you when it seemed like he must be cursed. You left him in for the second Manchester derby just before lockdown, whereupon he provided the assist for Scott McTominay’s goal in the 2-0 defeat.

Finally, you wised up to the obvious – that guy who used to work next to you in the office and now has the Hawaii beach Zoom background was right. Nick Pope (160 points) and Dean Henderson (155 points) were always the two top picks and you should have listened to him all along.

You’ve always been a firm believer that value is out there in Fantasy Football and you made the bold move to go for the move of the summer in a big way. Former Champions League and Premier League winner David Luiz was going to change Arsenal’s backline for the better and score bags of goals in the process.

Fast-forward to March and Luiz, who has never exceeded 81 appearances for any club before moving on in his ‘Littlest Hobo’ career has been a complete liability. Nevertheless, you persevered. Class rises to the top, you told anyone who would listen, and your Grandma agreed. On the first game back for Arsenal after the lockdown, Luiz became the first player in five seasons to score an own goal, get sent off and commit an error leading to the opposition scoring for five seasons. Impressive work.

Further inspection of your family Fantasy Football league proved your deepest suspicions, that your Nan had in fact been hustling you all along, having picked Sheffield United defenders Enda Stevens (139 points), George Baldock (138 points) and John Lundstram (135 points) all along. A much wiser move than choosing the top-scoring Liverpool trio of Alexander-Arnold (196 points), Virgil Van Djik (167 points) and Andy Robertson (165 points) purely due to the cost of the Merseyside trio, you feel like you’ve had the wool of your Nan’s last jumper Christmas present to you pulled over your eyes.

As soon as the new season kicks off, you’re going with someone reliable and error-free like Kurt Zouma. I mean, he sounds fast.

It’s easy to scoff at those who got timing wrong in terms of bringing in the best players, but you do feel like your girlfriend has been really unfair to you in terms of mocking your midfield. I mean, you had Kevin De Bruyne in your side. You also picked Mo Salah, Sadio Mane and Raheem Sterling. It was just while they were left out by Pep Guardiola, injured, or in dry patches.

Shuffling between big transfers in midfield cost you big weeks, while it always seemed like others captained the top scorers at the best times. Kevin De Bruyne (226 points) was obviously the best pick, with Mo Salah (225 points) only a point behind but much more expensive, averaging a cost of 2.1 more than his more decorated rival. Sadio Mane (202 points) was a clutch striker for your other half, but when you played him, he seemed to miss the target.

It would have been less than a disaster had your Mum not put Son (153 points) and Maddison (125 points) in her side just because she missed hearing from you. Ironically, she’s got into it more than you this year, but you’re hoping to surprise the family league by going with a much-fancied English player with a great touch in Jack Wilshere. You’re sure that next season is going to be his year.

OK, this one really wasn’t your fault. Let’s not talk about your pre-season picks of Marko Arnautovic and Romelu Lukaku starting up front in your first game of the season when they’ve actually travel a collective 5,875 miles to escape the Premier League. That was an honest mistake

But who, actually who, could have guessed that Harry Kane, so potent under Mauricio Pochettino, would score just 13 league goals and miss nine games of the season. You hope Jose Morinho would ‘get the best out of him’ like he was a cashmere sweater in a 30-degree wash, but – like that stupid jumper from your Nan – it all came out in the wash.

You plumped for another big name in Alexander Lacazette before Mikel Arteta favoured a player that wasn’t even born when you were celebrating the Millennium Bug not existing.

While others reveled in the resurrection of Jamie Vardy (202 points) or stuck with Pierre-Emerick Aubameyang (186 points), you were left picking Che Adams over Danny Ings (179 points), giving the lame defence that he ‘fits your system better’. It’s a system which has left you lagging behind the new starter at your office who called their team ‘Norfolk and Chance’ because they just don’t understand. Even they left Danny Ings in their team to rack up points all season on the cheap.

Next season, you’re just going to go for the ultra-reliable Sergio Aguero. He’s in top physical condition, in the peak of his career and can only get better… right?