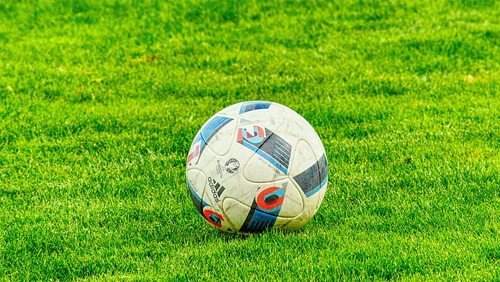 Eight teams were reduced to just four across the weekend as Saturday and Sunday saw wins for the two most successful clubs in F.A. Cup history, along with two other huge names as the semi-final picture became crystal clear.

With Liverpool already out of the picture, having been beaten by Chelsea already in this season’s F.A. Cup, the stakes couldn’t be much higher for massive teams with everything to lose but one magical trophy to win.

The Red Devils made very heavy work of what should have been a routine victory at Carrow Road.  After a drab first half, the away side went ahead after a neat flicked assist from Juan Mata and an even better flicked finish from on-loan Nigerian striker Odion Ighalo.

Norwich City went for broke and struck gold when Todd Cantwell lashed in an equalizer, before taking a knee. The game went into extra time but not before Timm Klose was sent off for a professional foul on Ighalo. United were a man up, but it took until the 118th minute for that man to count as captain Harry Maguire scrambled in the winner from just five yards out.

What looked like another game that was heading for extra-time was completed in 90 minutes after a frantic final few minutes at Bramall Lane. Arsenal took the lead when a Pepe penalty put the North London side ahead on 25 minutes.

Undeterred, United surged forward in the second half and looked like they’d scraped into extra time when David McGoldrick’s curved shot beat Arsenal’s keeper Martinez. Instead, Dani Ceballos slotted home on the break for Arsenal to set up a mouthwatering tie with the holders Manchester City in the next round.

At the King Power Stadium, Leicester succumbed to a second-half salvo from West London’s Chelsea as the eight-time winners prevailed via a Ross Barkley winner.

Leicester arguably should have been 2-0 or 3-0 up after ten minutes, such was their superiority. Instead, profligacy from the home side gave the visitors hope, and they eventually ground down their Premier League rivals, behind whom they are one point worse off in the table. On this evidence of being clinical in front of goal, it’s hard to see that maintained over the next seven league games.

Chelsea’s victory sets up a fourth meeting with Manchester United, against whom they have lost three times this season, conceding eight times and scoring just once as they crashed out of the Carabo Cup and lost home and away without scoring in the English Premier League.

The Toon were out of the cup as the fourth successive away side won in the F.A. Cup quarter-finals for the first time in a long time.

Shorn of the services of Sergio Aguero for what is likely to be an extended period up to and possibly including the Champions League recommencement, City were still a major threat, through the phenomenal Kevin De Bruyne. He scored the penalty that gave The Citizens the lead, and that looked like a convincing half-time score despite only one goal going in.

City had been on top, but in the second half, Newcastle brought on Dwight Gayle and within minutes, the perfect ball was passed across the box, but Gayle blazed over when it looked harder to do so.

City capitalized almost immediately with Raheem Sterling curling home a delightful second for the reigning F.A. Cup winners that put them into a plum semi-final against Arsenal

Here are both fixtures in the F.A. Cup semi-finals:

Ties will be played over the weekend of the 18th-19th July, with the current odds reflecting the holders’ fortune in the draw.

Of those outsiders, we’d probably take Chelsea at 4/1. Having been beaten three times by Manchester United this season, they’ll be deseprate to reach Wembley. Not playing in the Champions League, it will be the final game for Chelsea for many players, including stars such as Pedro and Willian. Manchester City are short odds to win given they’re likely to have no Aguero until the Champions League and may be holding back slightly with that competition in mind.

Arsenal, at 10/1, are the rank outsiders that their record against Manchester City merits, but are just two matches from extending their record in the competition to an incredible 14 wins. Manchester United would equal Arsenal record of lifting the cup 13 times if they can make it past Chelsea and win what would be a thrilling Manchester derby in the cup final.