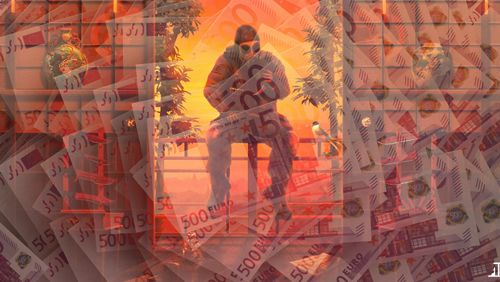 It’s the news that Counter-Strike: Global Offensive fans will be most excited about this summer. Esports data provider GRID and online Esports betting site Unikrn have partnered up for an Esports event with a difference.

The ESPORTS MILLIONS contest will award €1 million to Esports fans rather than players as they se Unikrn’s betting platform to call how CS:GO goes during the event series over the coming weeks. The forthcoming ‘9to5’ event will see a free-to-play live prediction game take place, with fans asked 10 questions over weeks.

Whichever fans finish in the top three places for their predictions being correct will win gaming computers. If any fan scores a flawless set of predictions, they’ll win that million Euros for being top of the ESPORTS MILLIONS.

“We aimed at encapsulating the excitement of a high stakes wager and combining it with friendly competition. As fans, we love to look at esports and contest the next breakout stars, ESPORTS MILLIONS hopes to take the significance of the fans’ opinion to a whole new level. We could not think of a better partner to help us premiere ESPORTS MILLIONS than Unikrn.”

“Million-dollar prize pools are commonplace in esports,” he said, ‘But this is the first time esports fans could become millionaires themselves. We host a hyper-engaged community of esports fans. Pairing GRID’s data-driven questions, our customers’ prowess, and our tips tools, we’re looking forward to a CS:GO fan making esports history.”

With the ESPORTS MILLIONS event beginning on June 29th and running until September, there are going to be plenty of opportunities to call how the CS:GO events go, with teams such as North, MIBR, Godsent, Havu, fore, OG and Team Spirit taking part.

Fans winning thanks to players is a great idea and the fact that GRID and Unikrn have made this free-to-play is amazing. Fans will look forward to backing their favourites for nothing at a time when, thanks to the global Coronavirus pandemic, times might be tight. It’s sure to buy Unikrn and GRID plenty of new fans when lockdown is over and make the enforced stay at home period a lot more fun for everyone involved too.