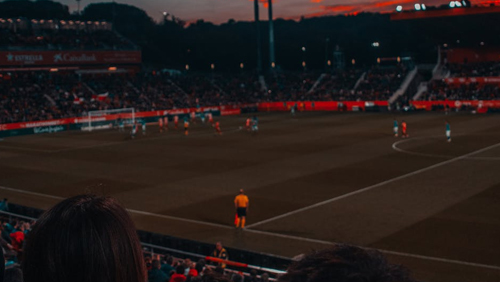 It’s been 100 days exactly since Premier League action was on our TV screens. On that night, Leicester City demolished Aston Villa 4-0 at the King Power Stadium to seal a memorable victory and gain a modicum of revenge for the Midlands side dumping their higher-placed hosts out of the Carabao Cup at the semi-final stage. It’s fair to say that in the final Premier League game before the United Kingdom went into lockdown, The Foxes tore their opponents apart.

Since then, of course, the Premier League has gone through a huge number of changes, with the Coronavirus outbreak causing football to make huge changes in order to survive. From sterilized footballs to pitch-side fans on remote TV screens, football has changed. So exactly how did the opening two matches of a brand-new ball game go?

The first game back may have had no goals – as we suggested might happen in our Premier League Preview of this week’s action, but it certainly had controversy. The controversial moment came during the game, as Sheffield United scored what was a fortuitous goal, as Aston Villa keeper Ørjan Nyland carried the ball over his goal-line, only for the ‘Hawk Eye’ technology to miss it and pronounce it not to be a goal.

The game itself faded into insignificance in a way, and in a very good way, as every player, official and member of the coaching staff took a knee after the first whistle was blown. It was an incredibly moving moment, a unity between everyone on and around the pitch to make a change and raise awareness. Unlike the game itself, let’s hope that moment will be remembered – and acted upon – for a very long time.

A tense opening 45 minutes at The Etihad Stadium saw Manchester City largely dominant without creating too many chances, with both sides looking they were working themselves into playing Premier League football at 100%. That was until a couple of minutes before half-time, when a through-ball from Kevin de Bruyne was mis-controlled by substitute David Luiz and Raheem Sterling – a huge advocate of the Black Lives Matter movement – scored a fitting goal.

In the second half, Luiz was sent off for a comical professional foul on Riyad Mahrez, and De Bruyne made it 2-0 from the spot, clinical City ending any hope Arsenal had of getting back into the game. A late Phil Foden strike sealed a good night for the Citizens and ended a disastrous one for The Gunners, will hopes of a top four finish now looking like the feintest of wishes that will surely end unfulfilled.

With a full programme of games in the Premier League across this weekend, stay tuned to Calvin Ayre to catch up on all the action.