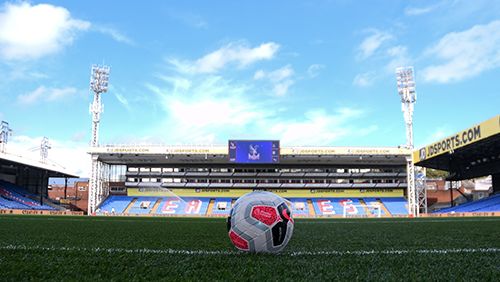 The return of the English Premier League has been hotly anticipated for weeks. While the German Bundesliga has come back to muted appreciation of a league not many European fans from other countries are truly engaged by, the so-called ‘best league in the world’ is undoubtedly going to bring a lot more excitement.

With Liverpool virtually assured of their first top-flight title in 30 years, there’s little on the line at the very top of the table. Elsewhere, however, there is plenty to be fought for, with no side condemned to a certain relegation and half a dozen sides battling for at least two Champions League places.

We’ve previewed three games in detail, with twelve tips for each game below in a full fixture schedule so you can make the most of the Premier League’s return.

The second fixture to kick-off is the first that was cancelled way back in March when Mikel Arteta and the Arsenal squad were believed to have been exposed to Coronavirus. Arsenal find themselves with the unenviable task of looking to make up lost ground on their EPL rivals with a difficult set of fixtures to complete the season.

The novelty period of Mikel Arteta’s reign is now firmly in the rear-view mirror and with rumours suggesting that a tumultuous summer of change is ahead – both Pierre-Emerick Aubameyang and David Luis are said to be looking to leave The Gunners – three points in Manchester would be priceless.

Unhappily for Arsenal fans, the North London’s side record at The Etihad Stadium is dire, with recent defeats against The Citizens showing the gulf in class between the side managed by Pep Guardiola with Arteta’s help until the latter took up the job of manager at The Emirates. The game back in the opening months of the season was a fine example of this.

City are sure to want to delay Liverpool’s title-winning party for as long as possible, and it’s hard to see anything other than three points for Guardiola’s men here. With Sergio Aguero reported to have been less than keen to resume the season, the path may be clearing for Gabriel Jesus to become City’s main central striker. He’s great value here to score in a City victory.

Both clubs in this match-up are arguably much stronger than when the Coronavirus outbreak struck down the Premier League fixture list three months ago. Spurs have Harry Kane fit and ready to go and can also count on the services of Son Heung-Min who has completed national service back in his home country of South Korea.

United, meanwhile, have seen England striker Marcus Rashford return to full fitness after a back problem and will look too to French World Cup winning midfielder Paul Pogba as their deep squad is likely to be fully utilised over the next six or seven weeks.

Who will win at White Hart Lane, then? In the reverse fixture at Old Trafford earlier in the season, it was a case of United doing enough to get over the line.

Dele Alli scored Tottenham’s goal that night, but the former MK Dons midfielder will serve a one-match ban for this game, having been reprimanded by the F.A. for remarks he made about Coronavirus around the time of the first United Kingdom lockdown.

Spurs will miss Ali’s guile and with Christian Eriksen having left the club in January, they look short of creativity – possibly to the satisfaction of Jose Mourinho who is not known for his encouragement of flair players.

Sadly for the Portuguese managerial throwback, the players who fit his system, such as Nemanja Matic and Fred, will be wearing red on the evening and we think United will nick it by a single goal.

One of the best games to watch might be in East London as West Ham, under the stewardship of David Moyes, look to stave off relegation and keep players such as Wolves’ flying winger Adama Traore at bay. It’s not something they managed to do in the first Premier League clash between the two sides back in Autumn.

Traore in particular will be a thorn in the soft centre of West Ham, who have quality in areas of the pitch but often not enough steel to allow those players to win them games. The table doesn’t lie, and Traore to be man of the match in a Wolves win are where we’d make our sportsbetting focus.

Our tip: Adama Traore to be Man of the Match (Odds TBC)

Our tip: Both teams to score and Southampton to win (3/1)

Our tip: Adam Traore to be Man of the Match (Odds TBC)