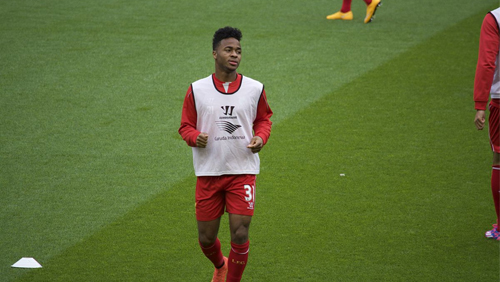 The recent Black Lives Matter movement has affected everyone in sport, and with players such as the Liverpool squad stopping in their tracks during training to show solidarity with BAME players, fans and people in general who have been affected, the subject has never been more prominent in sport.

This is, of course, a great thing. Racism in life, as well as sport, is intolerable at any level and in any walk of life. There has been racism in football before, but the kind of sickening abuse that England players received when on duty in Bulgaria was a stark reminder that it still, shockingly, exists. The Black Lives Matter movement has affected one man who was in Bulgaria on that day – Raheem Sterling.

The Manchester City winger has conducted an interview with Newsnight on the BBC, and in it, he has referred to racism as ‘the only disease we’re fighting’. He backed the Black Lives Matter movements that have been taking place in the major cities and hailed the importance of the momentum that the fightback against racism has gathered. Despite the possible loss of health or life to COVID-19, people are still protesting in their thousands, something Sterling believes is vital to the cause and has huge significance.

“This is the most important thing at this moment in time,” said the Manchester City and England wing-forward. “This is something that is happening for years and years.”

Sterling drew a comparison between the world battling the Coronavirus pandemic and the desperate measures taken by millions of people affected by the death in custody of George Floyd, the 46-year-old black man killed by white policemen in America.

Sterling is not the only black footballer who has made recent statements speaking of how important the element of change must be as football returns. Players will take the knee, wear t-shirts, subscribe to blacking out social media, but real active change is different. It creates jobs for black footballers who have been denied the route into management positions, it evens up the imbalance between BAME players who succeed after retirement from playing the game and those who don’t because they are blocked along the way.

Sterling will be back in action for Manchester City on June 17th as The Citizens take on Arsenal at The Etihad Stadium knowing that they face almost ten dead rubbers in their near-pointless pursuit of Liverpool, being as they are currently 25 points behind their great modern rivals. Sterling, it would seem, is far more focused on the battle BAME people face off the football pitches, in their everyday lives.

Actual change in the Premier League and below is something that surely every football fan would welcome. Just like the current Premier League table, it seems unfair when things don’t start with a level playing field. Next season, perhaps the Premier League won’t only be reset to zero points for all teams, but no restrictions on the progress and respect BAME players, coaches, managers and executives face in the most important battle in society – the fight for equality.