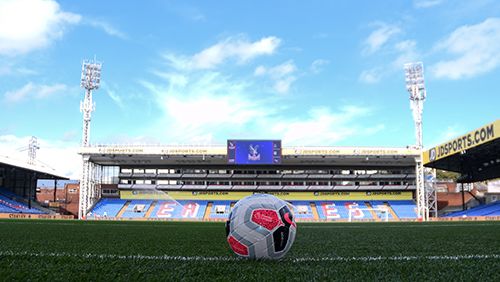 It seems like a lot longer than three years since Antonio Conte led Chelsea to the most recent of their sixth top-flight title. If it seems like an improbable achievement now, then in the summer of 2016, it must have seemed like a pipe dream.

The Blues had put up one of the worst title defences in post-war football, finishing a frankly disgraceful 10th, 13 points behind Southampton in 6th place, and a million miles behind eventual champions Leicester. Mourinho paid for the shambles with his job, and when Antonio Conte came into the job in the summer of 2016, he made four big signings in £40m Michy Batshuayi, £23m Marcos Alonso, returning player David Luiz (£30m from Paris St. Germain) and £30m N’Golo Kante.

Clearly the most important of the two signings, Kante’s cut-price arrival from reigning champions Leicester got Chelsea off to a great start in the league, with three straight wins at the start of the campaign against West Ham (2-1), Watford (2-1) and Burnley (3-0) getting the West London side off to the perfect start against easy opposition.

At that stage, however, Chelsea encountered the first tricky spell of what would be ultimately be an amazingly successful season. A scrabbled 2-2 draw at Swansea was followed by consecutive league defeats. A home defeat by Liverpool was followed by another defeat, and this time a resounding one away at Arsenal. It was a humbling 3-0 display that saw Chelsea ripped to pieces by half-time.

As if to illustrate exactly how resolute The Blues were under Conte, they went on a 13-game run that saw them win every single game, only conceding in three of them. It put Chelsea top from 8th place, and they would not lose their lead over the course of the rest of the season.

One of the standout wins during that period was the amazing game at the Etihad Stadium, where Conte’s Chelsea came from behind three weeks before Christmas to blow the title race wide open and score three goals in the last half hour.

As the New Year kicked off, Chelsea lost away at Spurs, and a draw at Liverpool at the end of January hinted at possible frailties, too. But in dropping John Terry, who would retire at the end of the season, Conte was building a new team. David Luiz and Gary Cahill were impressive at the back, with the pair contributing seven Premier League goals too during the campaign. John Terry started just six league games.

As April started, Chelsea were fooled at home by Crystal Palace. In the next game, however, they took all three points against Manchester City again. It was a game where Eden Hazard proved his huge worth to the former European champions.

While Conte’s Chelsea would lose away in Manchester at Old Trafford, it would be their final loss of the league season, as they steamrollered their way to the title in the final six games. Scoring 20 goals in those games, conceding six, they showed they could entertain their way to the title, and at their cross-London rivals Spurs’ expense.

In this video, Antonio Conte walks through some of his greatest achievements and also considers some of the tougher moments during Chelsea’s historic 2016/17 English Premier League season.

Chelsea haven’t won the title in the three seasons since (it being impossible for them to take the 2019/20 league title) and may never win it in quite the way Antonio Conte oversaw. Under Frank Lampard, they now appear to be building for the future, but look a long way away from Jurgen Klopp’s Liverpool and Pep Guardiola’s Manchester City, who Conte managed to beat home and away.

Three years can be a very long time in football.