Home / Sports / Has home advantage gone? How the Bundesliga should guide your EPL bets 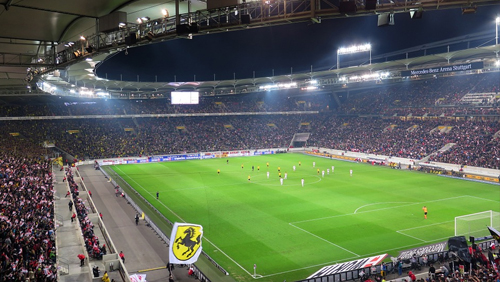 With the English Premier League due to restart on June 17th, the German Bundesliga has been seen in many quarters as the guiding light by which other European leagues can return to action. From empty stadiums to testing facilities, England, Italy and Spain have, to a degree, all followed the Germans into this new world of soccer action.

Could the greatest leg-up for the English Premier League be in regard to the sportsbetting tip that could change how we look at the return of the biggest domestic league in the world?

Since the Bundesliga came back, well over 40% of matches have resulted in away wins such as this 3-0 thrashing of Schalke by F.C. Augsburg:

Augsburg’s win at the home of Schalke is so indicative of the return to action that it should be played to all Premier League teams who are going on their travels. Let’s look at the odds of the first two games that will take place on Wednesday June 17th.

With the draw at 5/2, Aston Villa may be outsiders, but perhaps not enough. With no famous Villa Park noise, the Holte End will be silent, but Sheffield United bring their own volume and are one of the best away sides in the Premier League. By comparison, 13/9 should be taken, and Aston Villa will do well to get a spare point out of their game in hand on their relegation-threatened sides down in the basement battle with them.

This time, the draw at 9/2 looks a little better than the outright away win. That said, anything like a training game should be anything but under the guidance of Pep Guardiola. While many fixtures in the opening weeks of the Premier League are games you should back the away side in, this might not be one of them. David Luiz’s potential defection in the summer has thrown an eerie light over the last two months of the season for Gunners fans. Luiz, who signed from Chelsea has cost Arsenal a reported £24 million for one season.

The Bundesliga has shown us that away sides have every chance of upsetting the odds. No more can home fans drive their side on to victory or inspire a comeback from a losing position. The players also don’t owe any emotion to them at the final whistle. Look at Schalke. In normal circumstances, they would have been booed from the pitch after being humbled 3-0 at home to a lower half side. This time, they simply made their way from the field to be greeted by their coaching team all wearing face masks.

David Wagner’s men have been a shambles no matter which pitch they’ve turned up on and only the fact that they have 37 points, a clear 10 more than the side third bottom that will likely preserve their Bundesliga status. Wagner, once the saviour of Huddersfield, seems destined for the sack from Schalke in the summer given how precarious other coaches have been with much more favorable results. Wagner’s side may be the greatest guide to betting on the English Premier League when it returns, but they’ll also cost their manager his job by the summer season. You can bet on that.