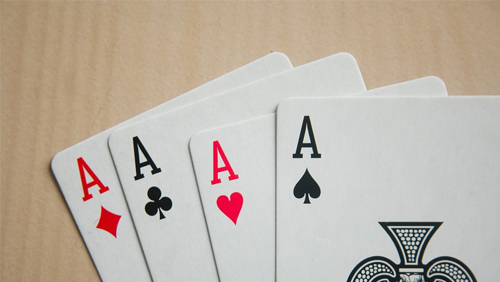 Think of the worst tournament bad beat you can remember. Now triple it. Now televise it to the biggest poker audience you can imagine.

Now imagine that you paid a million dollars to enter the event.

Connor Drinan has no need to imagine such a bad beat because back in the summer of 2014, he lived it.

Playing in The Big One for One Drop is a huge accomplishment in itself. Not only have you managed to either pony up the world’s biggest buy-in at the time – or convinced multiple backers to invest in your action – you have to be a very decent standard not to be embarrassed at the felt.

The class of 2014 in the event were some of the best poker players ever to grip their right shoulder with their left palm. The cream of the crop started out the tournament like several tigers in a felt-lined cage, circling each other, throwing in a few false moves to gauge the level of combat.

When Connor Drinan and Cary Katz were both dealt aces, the players at their table didn’t react how you or I might. This is because they’ve all played so many hands of poker that they’ve seen it all before. House under house? Pah, happens every day online. Quads against a Royal? Not again.

With the money predictably all going in before the flop – I’ve often wondered what might have happened had they made it to the flop without this happening – Katz sees two hearts give him the shot at runner runner to bust a great player and almost double his stack.

It’s all in good fun and the humour is built around the fact that even from this point, runner runner hardly ever happens.

The turn of another heart completely changes matters. Drinan swallows something immensely dry and unexpectedly jagged. At one point, it looks like all the colour in his face has drained out of him like the picture has been changed from colour television to black and white footage of yesteryear.

Katz is freerolling and Scott Seiver, never one to simply sit back and watch the action, states that he saw it happen in a similar hand recently. He ‘feels like’ it’s coming.

On the river of the two of hearts, it all goes crazy. Cary Katz can barely hold in the smile that brings back memories of Jonathan Duhamel smirking under his hood back in 2010 when he eliminated Matt Affleck in amazing circumstances.

“A million-dollar tournament and Drinan is out with aces against aces!” as the commentary team exclaim.

Drinan doesn’t move for a minute, as if a long, slow blink might actually render what just happened to him as a dream he can wake up from simply by re-opening his eyes.

It was all true, however and while Katz too would bust in 8th place for $1.3 million, long before the top prize of $15.3m was won by Daniel Colman, Connor Drinan, who last week won his record 5th SCOOP title, will always be remembered as the man who lost a million-dollar buy-in when all-in pre-flop with aces against aces.

It’s the kind of poker experience that money can’t buy. Except it did – it cost a million dollars for the bad beat story of a lifetime.

888Poker partner with One Drop; Dominik Nitsche to appear in the Big One
Lee Davy
21 March 2018
.