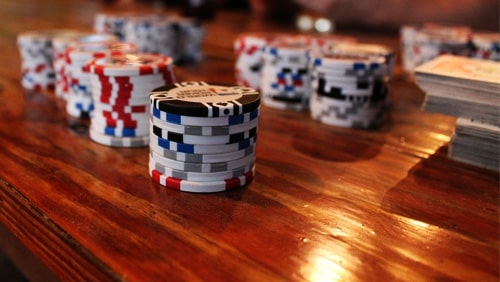 After a busy weekend of action, three big name pros once again cemented their reputations and ‘scooped’ up big online titles.

Winning a Spring Championship of Online Poker event is something many players have done, yet many big names have missed out on, too. Dominik ‘Bounatirou’ Nitsche was amongst the number of players who didn’t have a SCOOP title before his victory in the $530-entry Event #87. A high roller event, the tournament featured 956 players, and had a prize-pool of $500,000. Although slightly short of the guarantee, missing it by 44 entries, PokerStars won’t be too disappointed, with the rake covering the tourney by a few thousands.

Nitsche’s victory was worth $82,365 to the 888poker player and after the event he took to Twitch to walk through some of the plays on his DTO Poker Trainer. It’s fair to say that after such a result, Nitsche might see a spike in players signing up.

While Nitsche was winning his first SCOOP title, another player was banking his third victory in the popular online poker series, that this year has been extended to exceed the GG Poker WSOP Guaranteed prize-pool. Or, ahem, to continue to make poker fun.

Patrick Leonard, known as ‘Pads’ to many in the industry, took down a turbo event this time, winning his second SCOOP of this series and dominating Event #93 (High). With an 8-Max format and a super-fast structure, Leonard got the job done and won $41,809 for his efforts.

Despite this win, and indeed his previous SCOOP title this series, perhaps the biggest news story around Patrick Leonard was the Twitter rant he went on about plunging poker prizepools. Some see it as a good thing that poker sites such as partypoker, PokerStars and GG Poker in particular are offering more and more tournaments to assist players who maybe can’t play live poker and instead find themselves able to play online a little more.

Leonard, it would be fair to say, is taking the opposite viewpoint on this at present.

Have been watching online poker very closely over the last 2 months with having a stable that's invested 10s of millions in this time, a role at one of the biggest sites + I've basically played HS every day. I'm 95% sure a huge financial crash is coming which will decimate us.

Leonard wasn’t the only player to win his third SCOOP in the past few days as Unibet Tournament Director and all-round nice guy in the poker industry Kenny Hallaert took down Event #84, winning $47,866 after a three-way deal.

Hallaert took to Twitter to explain that the victory was all the sweeter due to a below-par few days at the felt preceding it.

Got my 3rd ever SCOOP win today. Feels good after a not so good run in the last weeks despite another 5th place for $40k earlier this series. pic.twitter.com/p60PZ12D1v

With the Sunday scores still to come, the climax of the 2020 Spring Championship of Online Poker is sure to provide a big headline to finish after what has been a highly successful series. Stay tuned to Calvin Ayre and we’ll provide you with all the action.