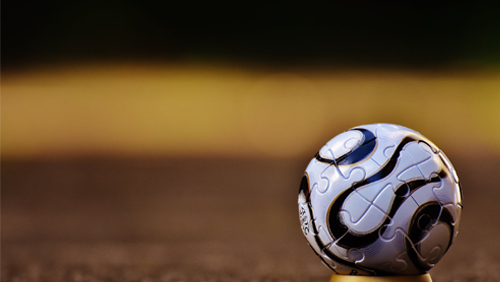 It’s the sporting Mexican stand-off that no-one seems to have a means of ending. The English Premier League wants to return, citing Project Restart as the method to do so. In order to come back, however, players need to be healthy, venues need to be approved and safety measures need to be carried out.

Currently, not one of those three protocols are being met.

Brighton and Hove Albion, who are potentially at risk of relegation, are one of the clubs who are opposed to what could be the key issue the Premier League faces in returning to our screens. They are currently blighted by three players who have tested positive for Coronavirus, and also see playing at neutral grounds as extremely disadvantageous to lower clubs who rely on their home stadiums for creating atmospheres where they could get a result that otherwise they might not.

Brighton’s potted history shows just how hard they found it to get to the Premier League and what they’ll do to stay there.

Today, the UK government published their 50-page guidance on the next steps to be taken in the fight against COVID-19. In it, they stipulate that sport cannot come back before 1st June, but they do not rule it out thereafter.

For elite level Premier League football to return, however, at least 14 of the 20 EPL clubs need to agree on the neutral stadiums argument. Currently, it looks like at least seven dissenters would need some major convincing to change their stance. Their argument is to rule out relegation, but with 92 fixtures left, the Premier League might then be in hock to broadcasters who are putting on games with far less riding on them.

How advantageous is it to play at home? The current Premier League table as it stands reveals a lot. Well, this season has seen the following breakdowns in terms of statistics:

Of the clubs who have won more at home than away, two of the current bottom three in Norwich City (1.07 home points per game vs 0.4 away points per game) and Aston Villa (1.31 vs 0.53) prove that relegation may be more probable I they don’t get to host the games they have remaining. That’s perhaps most felt by Villa, who have a game in hand on most of the Premier League and a home game to boot. Of their remaining ten games, six of them (60%) would have taken place at Villa Park.

As it currently stands, only Manchester City have six home games to look forward to, with most of the relegation-threatened teams having five home games and four away games to juggle – if permitted to do so, that is. The question of playing games at regular grounds for clubs raises the huge risk that massive crowds will turn up. How many died-in-the-wool Liverpudlian fans of Jurgen Klopp’s side could resist attending Anfield should The Reds’ 30-year wait for a top league title be ended? If Leicester and Manchester United play the final game of the league campaign with the winners qualifying for the Champions League in 2021, could you really expect the King Power Stadium to be empty both inside and immediately outside?

It may well be that the Premier League comes back. It could be that it does not. In a period where many footballers have been quiet on the subject of football actually returning to live action, the ultimate test of ‘player power’ may be right around the corner.