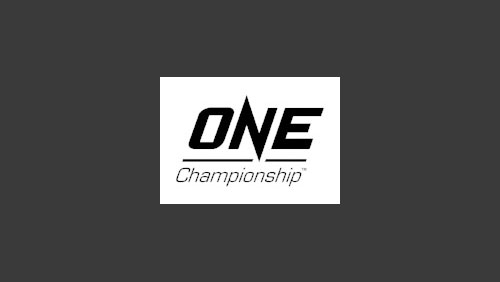 20 April 2020 – Singapore: The largest global sports media property in Asian history, ONE Championship™ (ONE), announced today, 20 April, the launch of its new official online shop, ONE.SHOP, where fans have access to all-new collections of ONE Championship official merchandise and athleisure wear.

Originally established in 2018, ONE’s athleisure business has been updated and upgraded, with an all-new webstore featuring brand new collections.

Added to the wide selection of ONE Championship branded merchandise are new athlete-centric designs featuring some of the organization’s biggest stars.

Fans can pre-order limited edition products in advance as well as shop collaborations with some of the industry’s most prominent graphic designers and brands.

Loyal fans are now rewarded with the Gold Corner, allowing fans to earn exclusive rewards instantly with their purchases.

“I am excited to bring a new and improved online merchandise store to our ONE Championship fans. Everything about ONE.SHOP, from its many features to brand new products, has been designed around our fans,” said Debbie Soon, ONE’s Head of Athleisure. “We look forward to our fans from all over the world representing their love for all things ONE Championship, and to live their greatness in our ONE merchandise.”

ONE Championship, in partnership with international advocacy organization Global Citizen, has also joined the worldwide fight against the COVID-19 pandemic to help raise money for the World Health Organization’s (WHO) COVID-19 Solidarity Response Fund, as well as other local community organizations.

“In addition, we hope to make a difference in the global fight against COVID-19 by donating 10% of all net proceeds from the new ONE.SHOP towards COVID-19 relief efforts. This will continue indefinitely until we have overcome this coronavirus crisis,” Soon added. “It’s a worthy cause that will no doubt provide our medical frontliners with the assistance they need and for other local communities with a lack of access to basic necessities such as food, water, and shelter.”

As part of this effort, ONE Championship is also launching two limited edition “We Are ONE” T-shirts with 100% of net proceeds going towards COVID-19 relief efforts.