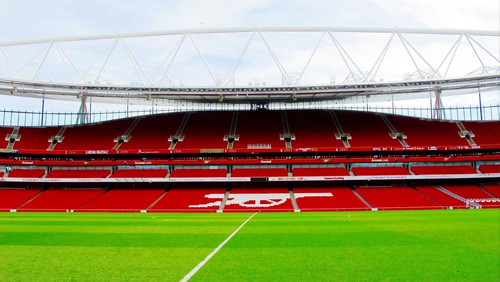 Some Premier League teams look great from the moment they take to the field of play on the first day of the season. Others come together across the 10 months in takes to win the English Premier League.

The Arsenal team of 2001/02 was always going to be a threat, but in wresting the title away from Manchester United, they arguably paved the way for both a change of tactics and an alternative mentality forever after their success.

The season began with The Red Devils favourites to make it four in a row against The Gunners. Between 1996 and 2004, the only teams to win the English Premier League were Arsenal and United, and it looked like another toe-to-toe battle between the two teams. While that was mostly true, Liverpool would feature and eventually finish in second place in the league in what was a decent season for The Reds.

Arsenal had reacted to their third failed attempt in a row to stop United winning the league by bringing in defensive reinforcements and a ‘fox in the box’, who would turn out to be as much use as a fox in the henhouse instead. Francis Jeffers arrived with much fanfare for £10 million from Everton, but famously started just two league games. Instead, the trio of Sylvain Wiltord, Thierry Henry and Dennis Bergkamp all starred in a multi-faceted front line.

Centre backs Sol Campbell and Kolo Toure arrived for just the £150,000 Toure cost, as Campbell joined on a free transfer having let his Tottenham Hotspur contract run down before doing the dirty on them. It was a transfer shock at the time, but a masterstroke by Wenger, who didn’t take long to re-establish his side as a force of nature once more, dominating midfield through Patrick Viera and with the solid foundation at the back to leave Arsenal far more likely to score than concede.

Despite this, the Gunners lost three games in the first 18 games of the season, with home defeats to Newcastle United (1-3), Charlton (2-4) and Leeds United (1-2) all hinting at frailty. The North London side were imperious on their travels, however, remaining undefeated on the road all year.

Having dotted around the top five up until Christmas, Arsenal didn’t make it two consecutive weeks at the top until five games from the end of the season, but by then they were already hitting their stride.

In March, Dennis Bergkamp scored one of the best goals of the season for The Gunners with his famous ‘pirouette’ strike against Newcastle at St. James Park earning him legendary status.

Arsenal would not be caught once they purred into their rhythm. Over the second half of the season, they won 18 out of their last 21 fixtures, with the other three games draws. With over half a season of unbeaten majesty, The Gunners ended on 87 points, just three points short of their ‘Invincibles’ season of 2003/04. The trophy was assured when Sylvain Wiltord scored the only goal of the game at Old Trafford in the penultimate game of the season. Indeed, “Wiltord!” is still one of the most captivating pieces of commentary ever delivered.

While The Invincibles will always command more column inches than the vintage of two years earlier, the sight of Wiltord, Bergkamp and Henry readying for attack ahead of what looked like an impregnable defensive unit was a sight to behold. Arsenal have never looked so unbeatable since those two magnificent title achievements, and that defensive solidity became an impossible benchmark to maintain, each incumbent squad having suffered by the blinding comparison of being equated to players who were at the top of their game.