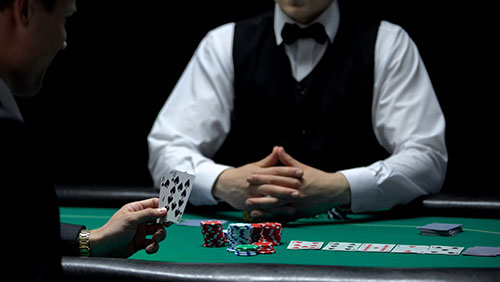 The 14th Anniversary of the Sunday Million tournament was a big one. In fact, it was huge, with 93,016 total entries shared between 60,898 unique players. And after three days of exciting competition, it was a Brazilian player ‘AAAArthur’ who walked away with the title and $1,192,802 after a thrilling final table.

With a ridiculous prize-pool of $18.6 million, over six million dollars more than the advertised prize-pool of $12.5 million, everyone knew that the latter stages of this inimitable tournament were going to be extra-special. In fact, so juicy was the pot that 7,671 players entered the fray between the last deal on Day 1 and the first card off the deck on Day 2.

With a buy-in of $215, the action at the final table was great to watch, with D3cor the first player to exit. Over AAAArthur’s 8 million raise with king-ten of diamonds, D3cor shoved for 77 million with pocket fives and only AAAArthur called it off, a ten on the flop doing the damage to D3cor and ending his chances once a clear turn and river for AAAArthur appeared.

With blinds still 2 million/4 million, salonteskis made an all-in move for 405 million chips with pocket sevens. The player pokerfrance called off their 80 million stack with ace-queen and the run-out couldn’t help them, despite a jack and ten on the flop adding some outs.

Out in 7th was tweny1, who shoved for 65 million with ace-nine, only to be called by caroline2963 with ace-jack, which held. It was a five-handed table when
Marios Mansour under the alias of ‘Jully_19’ moved all-in for five big blinds with nine-ten of spades. That was called by Stefan Piele Dragos with ace-queen and an ace on the flop ended that fight eventually, despite a flush draw from the flop.

After AlexHoldz left in fifth place, there was a deal discussion which eventually led to all four remaining players locking up a minimum of three-quarters of a million. For most, that was an amazing result, and that included AAAArthur, whose previous biggest online cash was for $91 and who qualified for the 14th Anniversary Million from an $11 satellite.

With the exit of Lithuanian player salonteskis in 4th place when they lost a flip with pocket threes against a suited ace-queen belonging to AAAArthur that rivered a flush, and caroline2963’s departure in 3rd place, play went heads-up for the title.

AAAArthu had the lead, one that hovered around the 1.2 billion to 545 million mark for some time. The final hand took place with Dragos up to 600 million, but down to just 30 big blinds, and they went in pre-flop while leading, pocket fives for Dragos ahead of AAAArthur’s pocket deuces.

The final flop of two jacks and a deuce put AAAArthur ahead, however, and an ace on the turn and six on the river completed the event with a sick suckout to give the Brazilian a brilliant win.

You can watch the final table reply right here: