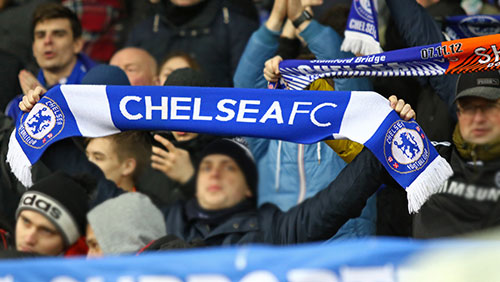 Some periods of domination in the English Premier League, or 1st Division as it was called before the 1992/93 season were a complete

surprise. Manchester United’s lackluster 1980’s followed by the hiring of a fairly unknown Scottish manager constantly erroneously referred to as ‘Alec’ Ferguson might not have provided many with the hope that here was a man who would dominate the English game for a quarter of century, sweeping up 13 Premier League titles. Managing in the Japanese J-League might not have heralded many to pronounce the professorial Arsene Wenger the new Messiah at Arsenal, though he changed the game.

One man who did come to the Premier League as someone fancied to change the fortunes of the club he was joining was one Portuguese manager, who came from F.C. Porto. Jose Mourinho was the new Chelsea manager, taking over from Claudio Ranieri.

If there was a result that symbolized what Mourinho would bring during the season, it was the opening one, as his Chelsea side drew Manchester United as their opening opponents. With another 1-0 win away at Everton and a 2-2 draw at Arsenal, Mourinho’s Chelsea blueprint was clear for fans of both his side and others to see:

Mourinho’s Chelsea were a Plan A and Plan B masterpiece. Plan A? Get a goal up and prevent the other side from scoring, even at the expense of scoring any more goals yourselves. Plan B? If you’ve fallen behind, move heaven and Earth to draw yourself level, playing like men possessed. If you can get ahead, great. Revert to Plan A.

It was a method that worked brilliantly. Mourinho’s team was built around a rock hard defence that wouldn’t crack no matter how much pressure you put it under. A packed midfield was the next problem for any opposing teams and with Didier Drogba upfront, the perfect combination of physical dexterity and lethal finishing saw Chelsea never ruled out of games.

In what was a bizarre season in general, the Premier League was there for the taking. Tottenham Hotspur scored four and somehow still managed to lose the North London derby at White Hart Lane.

Arsenal were Chelsea’s nearest challengers, but The Gunners would finish miles behind despite Thierry Henry top-scoring with 25 goals. Arsenal finished second on 83 points, but they were miles off Chelsea’s record-breaking haul of 95 points, a total that was only eclipsed two seasons ago by Pep Guardiola’s Manchester City.

Mourinho’s Chelsea wouldn’t win the EPL is the same fashion if they were beamed into being in the 2018/19 season, for example. They were of their time, but they were devastating. The Arsenal side called The Invincibles won the league with five fewer points than the Chelsea vintage of 2004/05, with The Blues conceding just 9 away league goals, another record.

In the same season, Chelsea won the League Cup against Liverpool in the final, Mourinho’s first trophy, and while the West London side would crash out of the UEFA Champions League to a ‘ghost goal’ against Liverpool in the semi-final and in the 5th Round of the F.A. Cup to Newcastle United, the 2004/05 will always be remembered for the perfect execution of the Mourinho model across a league season. No title winners ever started a season slowly thereafter, thinking they could ‘win it after the new year’.

Mourinho’s team had showed they could win it by Christmas and they would do so again when the Second Coming took place several years later.