Home / Business / Here’s what prudent gaming companies must do now 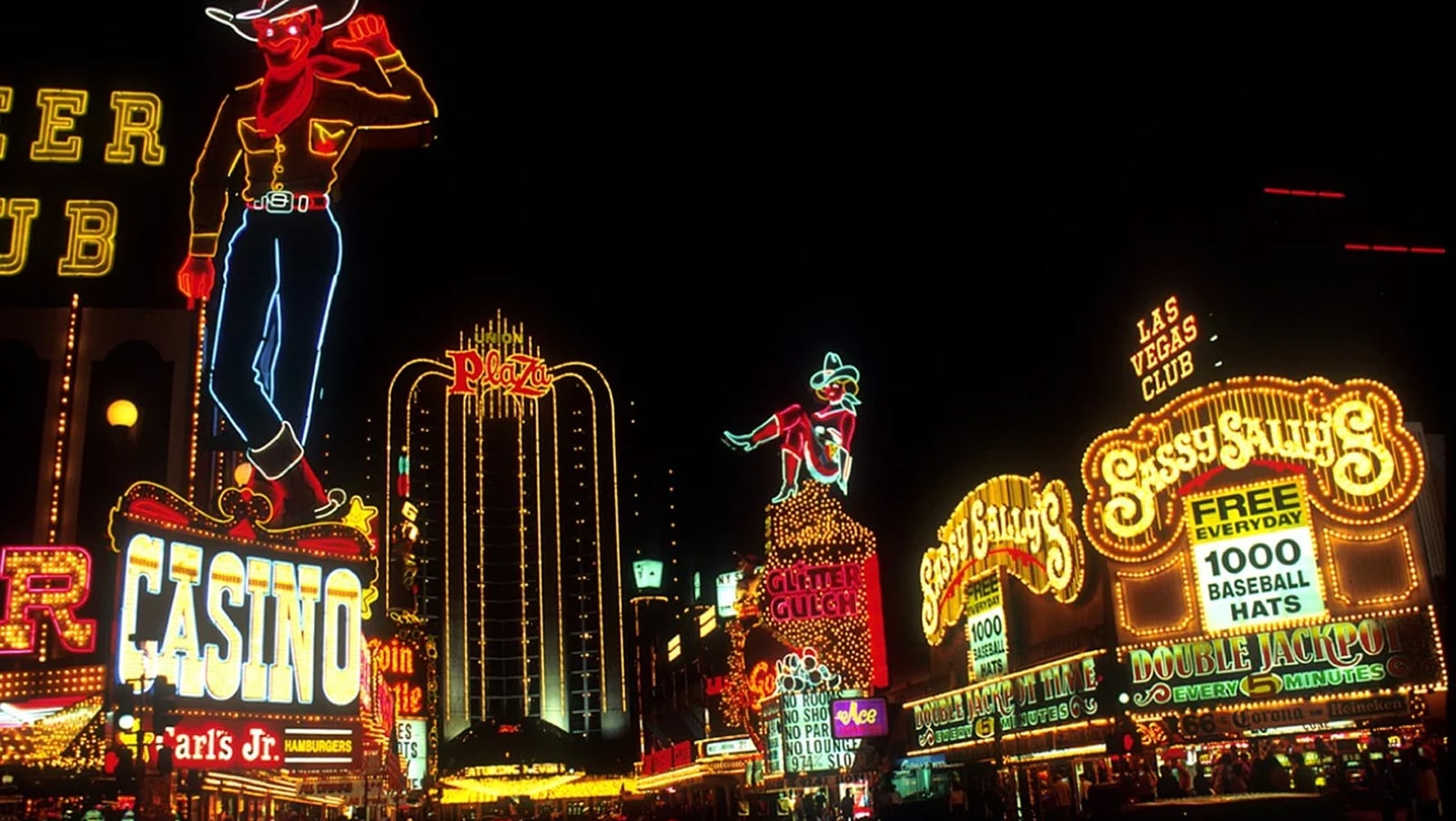 Just like that, the game has changed. The black swan has arrived. It turned out to be a cold. Literally. Certainly a pretty bad one, but just a cold nonetheless. COVID-19 has caused a total immune overreaction from governments across the world, who responded by completely shutting down their economies, now suffering from a self-inflicted tetanus lockjaw. The problem is, the value of all of government currency is based on economic production, and now governments are all about to dump tsunamis of extra currency on a stalled global economy that will accomplish nothing but push up consumer prices, almost directly. We may as well take a magic marker and add three zeros to every bank note. There’s not much practical difference between doing that and the policies being proposed now. 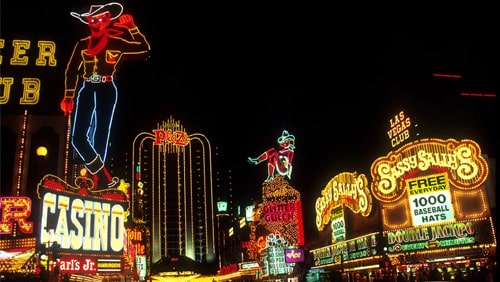 The hard truth is that the only solution to this problem is to let every single firm that cannot handle this, go bankrupt as fast as possible. The economy needs to clear all the dead weight built up since 2008, and really since 1971, as soon as possible and we can rebuild from there. That means a severe restructuring of the entire world’s production structure, pretty much, and it will cause dislocations, pain, and riots. Sound bad? It is, but all of this will happen anyway when currencies are debauched to the point of near worthlessness, except in that case the dislocations will be much worse because money as people currently understand it will stop functioning.

National currencies can still be saved, but only if governments are willing to let all the bad debt be liquidated, which includes their own. Just like when you get a new credit card after you declare bankruptcy, your credit line is very small and you can only spend what you make, this is what governments the world over will have to accept.

But they won’t. They absolutely will not. It simply won’t happen. Governments will never admit to their own bald bankruptcy, and they will keep inflating their currencies to infinity, let paper money die, and we’ll have the dislocations, pain, and rioting anyway. This is what we are now facing. This is what every company in decent financial shape must understand now, or even the best companies with the most conservative, healthy finances may not make it through what is about to come. 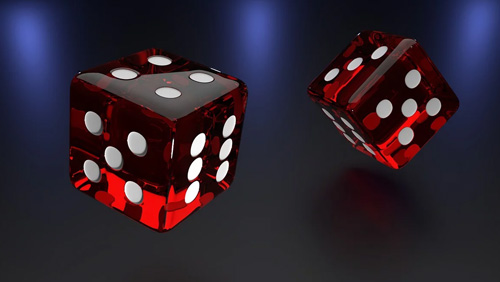 I am calling publicly on the CEOs of the most responsible gaming firms – and all fiscally responsible firms – to act now before it’s too late. These include 888, William Hill, Betsson, NetEnt, Crown Resorts, Rank Group, and others with little to no debt and fair cash balances, scale down your operations now. Minimize your expenses as far as you can and get growth aspirations out of your heads for the next year or two. This is about survival. It’s about getting your scuba gear ready while your competitors drown around you. Resist any attempt to take any bailout. Don’t touch that stuff, even and especially if your competitors do. It won’t help them for long. Here’s why.

Skeptics could claim that everyone will be bailed out, so why not take the money? Doesn’t eschewing it put you at a disadvantage if your competitors suddenly have a bunch of cash? Won’t this prove once again that financial prudence and responsibility are overrated? Why save if you can just tap the taxpayer when everything goes to hell? Well, first of all, this assumes that bailouts of entire industries are even possible at this point. If the currency the bailout is denominated in has no value, then a bailout accomplishes nothing. But let’s make the leap and assume that massive bailouts of entire industries are possible financed by bankrupt taxpayers living paycheck to paycheck themselves. It sounds completely nuts but let’s go with it.

Assuming it can even happen, the way it’s shaping up in the United States at least is that all those who accept any imminent bailout will subject themselves to impossible conditions that will ensure their failure in the future. No firing workers, government gets a place on the board, more sick leave and maternity and paternity and non-gendered-parenting-word leave, a fixed percentage of gross earnings to the proletariat and the government even more deeply involved in messing up your business than before. Taking bailout money will hamper casinos and anyone else taking it, near permanently, and turn them into immortal zombies. Customers will hate these companies as service standards plummet and beg for independent companies whose executive minds are still independent and vibrant. Think of the post office versus the UPS store. Turn down the bailout now and you will win in the long run. Unlike most of your competitors, you have a choice. They have to take it. You don’t. So just don’t.

But here’s what you can do. The prudent gaming companies must now double down on what made them so prudent up to now. Keep only the cash you need to keep basic operations open. Hedge currency devaluation risk by holding a fixed percentage of your cash reserves in hard money, namely gold. You can do this with options in the paper markets and work out a hedging strategy with your CFOs assuming paper currencies will lose at least half of their purchasing power in gold terms over the next 3-5 years. (This I think is actually a best case scenario. Worst case they all hyperinflate to functionally zero.)

Basically, just as you hedge debt with interest rate swaps and foreign currency risk with forex swaps, you should now be hedging local currency devaluation risk with gold swaps. It’s just another hedging strategy, and that’s how you should look at it. Think of gold as just another currency and use it to hedge devaluation risk or hyperinflation risk or however you want to frame it. Forget about the stigma of doing something like this and just do it, before it becomes illegal as an act of “domestic currency terrorism” in conspiring to “bring down the local paper currency” or something. I can totally see that witch hunt happening. You don’t have to make a big deal about it. Just take a portion of your cash reserves and hedge with gold options out to 2023-2025. Talk to an expert in these vehicles to devise the best hedging strategy for your company’s situation.

Plus, if you have any variable rate debt left, hedge it to fixed now, ASAP, before central banks completely lose control of interest rates, which could begin to happen as soon as the next primary Treasury auctions early next month. I really do not know who the heck is going to bid on a 10Y or 30Y Treasury bond at 1% under these conditions. Remember the Fed cannot participate in this auction directly. That’s illegal. The prospect of some foreign institution loaning dollars to the U.S. for 30 years at 1% seems completely insane to me. I guess it could happen but I just don’t see how or why. When everyone in the world is scrambling like mad for dollars to pay existing debts, the last thing they want to do is loan out their dwindling dollar reserves to the U.S. government so they can spend it on bailing out their own economy. $4 trillion in liquidity about to be pumped in to the U.S. economy by the Fed plus $1-2 trillion handed out directly to consumers in helicopter money, bond markets are about to implode.

I don’t know how long it will take governments to realize that locking down the entire global economy is not a solution, and if they want to survive and maintain power they will have to change tone and tune and lighten up or they’ll just be killing the host. Advise the sick and elderly to stay at home and direct public resources towards them. Everyone else go back to work, and if you get sick, you’ll most likely be fine. If you have trouble breathing, go to the hospital obviously. Otherwise just have some soup and relax. This is the only rational solution, but even if implemented, the monetary policy damage has already been done. By this time next year, consumer prices across the world should be much higher than they are now in paper currency terms, and so should interest rates for all kinds of debt in every sector of the economy.

Prepare for the leveraged gaming firms to collapse, and for those with better finances to lead the industry going forward. It’s time for a changing of the guard.