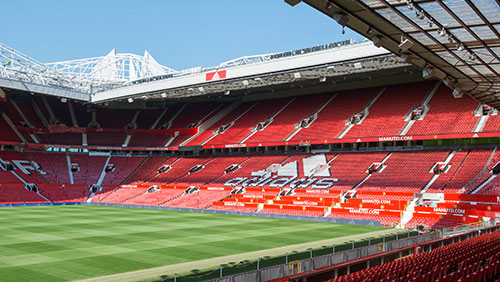 The football century has only been here for 20 years. Since the new Millennium arrived, however, the action has been spectacular. Record have been broken, new standards have been set and heroes have been set in bronze and will live forever in our memories.

In this series looking at some of the best football teams the century has seen so far, we’ll cast our eye over superstar strikers, midfield maestros and defensive deities. Most importantly, however, is the element of the team. We start with the most success English domestic side of the century so far, Manchester United.

A start born of frustration

The year earlier, United had languished to a third-placed finish in the Premier League, their lowest ranking since its inauguration in the autumn of 1992. Determined to wrestle back control of the league, Sir Alex Ferguson built his team on the cavalier values that had served him so well at the turn of the century. This met with mixed results in the early months of the season, with United beaten five times before 2002 was out. Four away defeats, including at bitter rivals Leeds United and Manchester City, condemned United to the European places rather than a genuine title challenge. David Beckham, in what would transpire to be his final season wearing the red of his boyhood club, was a problem position, and over the course of the season, Ferguson would often rely more on the versatility of Ole Gunnar Solskjaer rather than the debonair looks and devilish delivery of the wing wizard Beckham.

A New Year and new hope

Winning nine of their last ten games, United overhauled their seemingly perennial enemies Arsenal on the run-in, who had led the Premier League by eight points at the beginning of March. United’s relentless pursuit of their North London foes was one of their greatest-ever comebacks, at least on a par with the 1996 hunting down of Kevin Keegan’s Newcastle United. As March began, United were a distant second favourites. By the time the two sides met on 16th April, United had the lead, although Arsenal had a game in hand and marginally better goal difference.

What followed was one of the best games the Premier League has ever seen:

The home straight to victory

United’s final ten games were almost perfection. Destructions of Liverpool (4-0) and Newcastle United (6-2) were followed by that Arsenal draw where it might be argued both of The Gunners’ goals were offside. Ruud Van Nistelrooy top scored with 25 league goals and 44 overall, netting in all of United’s last eight Premier League games. By the end, what had seemed a mountainous task was a procession at full pelt.

After united thrashed Charlton Athletic 4-1, Arsenal could only stutter to a draw against Leeds United, and the title was United’s again, their eighth in 11 seasons and fourth in five. What they typically called their English Premier League had returned, and although they wouldn’t win it again until a new cycle of success began in the 2006/07 season, United supporters would fondly recall the run-in where Paul Scholes slammed in 14 league goals – 20 in total across the season – and the name ‘Ruud’ echoed around grounds up and down the country.