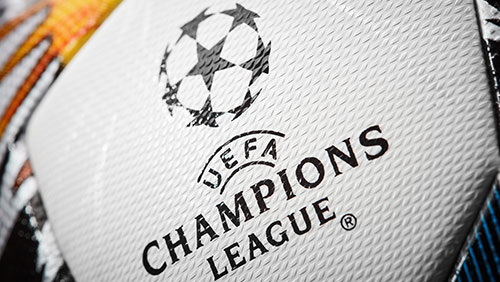 The UEFA Champions League knockout stage is always where the tournament itself starts properly. That tradition continued across the last two nights of great drama as Spurs departed in sorry style in Germany while Liverpool needed extra time to get past Spanish battlers Atletico

Jose Mourinho set up the tie in Germany with an overwhelming sense of realism when he listed the players that Leipzig would have to lose to match the injury-depleted squad with which the Portuguese manager had at his disposal against Leipzig.

With Spurs employing a false nine in Dele Alli, RB Leipzig had every opportunity to defend in numbers, press in packs and exploit all the gaps in the North London outfits backline. Exploit them they assuredly did, with Marcel Sabitzer scoring twice in a first half that tore Tottenham’s hopes to shreds.

With a third goal from Emil Forsberg sealing Leipzig’s victory and condemning Spurs to what could be a forlorned final furlong in the race for next season’s Champions League places, this was a low ebb in the tenure of Jose Mourinho in North London, who amusingly was told to cheer up after the post-match press conference. How long that tenure lasts may yet depend on how he recovers his side for the final few weeks of the Premier League season.

Here’s how all the goals went in on the night:

A stunning extra time victory for Atletico Madrid saw Liverpool dumped out of the Champions League as Atletico came from two goals down to not only win the tie but the game itself as a pulsating Anfield.

While Liverpool called on their famous 12th man before kick-off, with Jurgen Klopp talking up the importance of the crowd in their attempt to claw back the goal difference between the sides after the first leg defeat in Madrid, Atleti were quickest out of the blocks. Diego Costa, erstwhile of Chelsea, was clean through but could only fire tamely off target.

Liverpool, buoyed by an early escape, pushed forward and as the half developed, got closer and closer to the goal that would level the tie, eventually scoring when Gini Wijnaldum headed home unmarked in the box.

The second half being a stalemate full of missed chances and fluffed lines, it would be decided in extra time. Anfield, at times silent as a library through pure nerves, burst into life when Roberto Firmino hit the post but then slammed home the rebound to put the European champions ahead on the night and in the tie.

Liverpool looked sure to see it out and survive to the quarter-finals, but that was not to be as Marcos Llorente pounced on an Adrian error to draw Atletico level on aggregate then on the night as the Spanish side went from losing 2-1 over the two legs to leading 3-2. That score was theirs on the night too when another former Chelsea striker, Alvaro Morata scored on the break in the final minute.

By then, Anfield was rapidly emptying, as the reigning European champions exited their title defence at the Round of 16 stage to a half-empty stadium, their famous atmosphere not even holding until the manager’s fist-bumps. Who saw that coming? Very few on Merseyside.