The pivotal result of the weekend may have been higher up and solved nothing other than which team finishes as runner-up in the Premier League, but elsewhere there were big calls up and down the country. 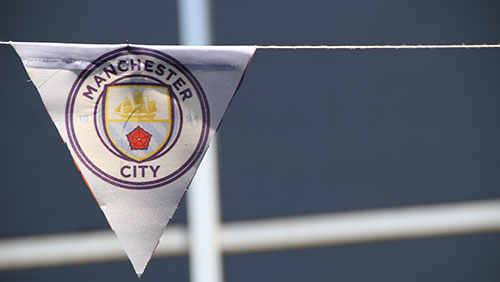 Bournemouth played very well at Turf Moor but were on the wrong end of a 3-0 defeat that will worry fans of The Cherries who fear that their team’s soft centres instead of the stones they need to survive in the Premier League might send them down.

Elsewhere, there were massive victories for Crystal Palace and Southampton as they made big moves away from the relegation zone, while Sheffield United were held to a draw at Bramall Lane by strugglers Brighton.

Manchester United and Wolverhampton Wanderers both did their European chances no harm at all as they recorded regulation wins over Watford and Norwich City respectively to keep both away teams in relegation trouble.

A vital victory for Chelsea, a disappointing defeat for Tottenham, and a pivotal three points in the race for the Champions League places at Stamford Bridge.

Jose Mourinho came into the game waffling about the similarities for his team and a stairwell giving way, but if anything, his despondency had the reverse effect that he was after as his lackluster Spurs barely threatened to take all three points home from West London.

The tactic of waiting for your opponent to punch themselves out and then land the knockout blow yourself is one that Mourinho has used before, but it was ineffective again against Chelsea as, just like at the Tottenham Hotspur Stadium earlier in the season, Lampard’s side went into a two-goal lead. Even the ludicrous VAR-inspired decision to keep Gio Lo Celso on the field of play despite him stamping on César Azpilicueta failed to stop Chelsea winning and going three points clear of Manchester United in fourth place.

Spurs, who saw Dele Alli dropped then introduced as a substitute, only scored a late consolation goal for their efforts and now go into a pivotal period of the season looking frail and open to the press of sides more capable of playing a cutting-edge game.

“It’s hard to take because I think we also had some very good chances to score.” Dennis Praet told the official Leicester City website after this tense, at times dramatic and ultimately justified 1-0 away victory at the King Power Stadium. He was right, too, as Leicester City blew the chance of winning against their rivals for the runner-up spot.

Brendan Rodgers side could be accused of falling below their own high standards from the first half of the season in some recent games, but not in the first half of this game. Leicester were at City from the off, and only Vardy’s miss when he struck the post from a one-on-one against Ederson when clean through on eight minutes kept the scores level. Twice, The Foxes broke at pace and forced City into a defensive muddle, but with the Midlands side unable to find the final ball, The Citizens survived into the second half of a game they grew into.

As Pep Guardiola’s side increased their possession, chances and pressure in the second half, it looked as though it would tell eventually, and so it proved. Gabriel Jesus pounced on a through-ball from Riyad Mahrez and deftly struck home, inflicting another loss on Leicester and more-or-less confirming that Manchester City will be runners-up this season in the English Premier League.

A thrilling game at The Emirates saw Arsenal come from behind and lead twice to seal a five-goal win that propelled them above their mid-table rivals.

Everton started like a train and scored the opening goal after just 49 seconds, in-form striker Dominic Calvert-Lewin flicking home acrobatically after David Luiz’s latest defensive dithering at the heart of the Arsenal backline.

The Gunners, however, have a steel and character under Mikel Arteta that looked to be severely lacking three months ago under Unai Emery, and came flying back at the visitors, Eddie Nketiah scoring his first goal in the Premier League at home, and Pierre-Emerick Aubameyang putting Arsenal into the lead in the fashion of the great Thierry Henry. It looked like they might hold onto that advantage until half-time, but it wasn’t to be, as Richarlison flicked home after yet more defensive ineptitude, a combination of Mustafi and Bernt Leno gifting Yerry Mina a free header that couldn’t be clawed away before the brilliant Brazilian striker got a toe to it for The Toffees.

Arsenal, however, would not be denied. Just 23 seconds into the second period, The Gunners scored the winning goal, Aubameyang heading home to set up a nervy yet convincing late period where Arsenal finally learned to keep Everton at arm’s length.