GG Poker staking on offer as Negreanu sells half his action

Tournament poker staking has been a regular part of live poker for many years, but if you haven’t tried it online, then your perfect opportunity might be right around the corner.

GG Poker have already been making waves, with the acquisition of both Brazilian poker superstar Felipe Ramos and Canadian poker legend Daniel Negreanu. Last Sunday, Negreanu sold 50% of his action and took part in a tournament on GG Poker that was railed by his many fans, especially those who had a piece of him:

Backing your favourite players and buying a piece of them is nothing new, but online poker is an exciting way of keeping this going and staking players and adding in their screens to your own portfolio of tournaments on a big Sunday, for example, sounds like a lot of fun. So, in more detailed terms, how does it work?

First of all, you can buy stakes in other players action at face value or up to 2x mark-up. Some will choose to mark it up high because they feel like they have an edge on the field, although Negreanu himself – who surely did have an advantage on the field in last weekend’s $300,000 guaranteed GG Masters despite not cashing – offered his action at ‘face’. 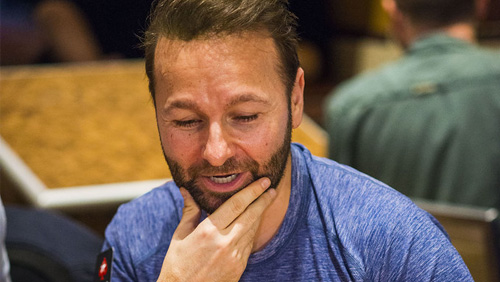 Quite apart from the fun it can be to buy pieces of others, if you’ve got off to a great start in your online poker career on GG Poker, then you may wish to sell your own action, be it at face value or with a little ‘juice’. Given the new brand’s number of tournaments this is available in, it could be a really fun way of highlighting your growing stature in online poker or even attracting more regular staking.

It’s up to you. You choose how much you want to buy of another player’s action, increments going up by 1% at a time, so there’s plenty of flexibility. The same applies to what you’re selling too. Choose how much action you’d like to offer to the nearest 1% and how much mark-up you’re choosing to apply and you’re away.

Any buyers of your action can see your most recent results, and not just in the tournaments you wish to show them – it’s all transparent and visible to those who are interested, which very much takes after Bryn Kenney, the guiding light behind GG Poker. He’s built a reputation for being someone who has always paid what he’s owed and more often than not gone into huge detail about what he’s won too, in a way that few other poker players could claim, so you’re in safe hands.

While buying action can be an exciting way to make money in tournaments you’re not playing or spread the risk of variance in those you are, selling your own action minimizes the money you’re putting at risk, too. It could allow you to take a shot at a higher level buy-in, for example, if you put up 30% of your entry in a $100 tournament at 1.2% mark-up, then you’ll have reduced your buy-in by 6% if you sell-out, paying out 30% of winnings, but bringing in 36% of your buy-in in the first place.

Helpfully for players on GG Poker, new GG Poker Pro Felipe Ramos has put together a YouTube video showing players exactly how it works and he’s great at doing it!