Propelled by the unveiling of its new ‘East and West’ concept, BetConstruct is returning to ICE this year with a host of groundbreaking new releases, a never-before-seen project, and ambitious expansion plans for the months ahead. 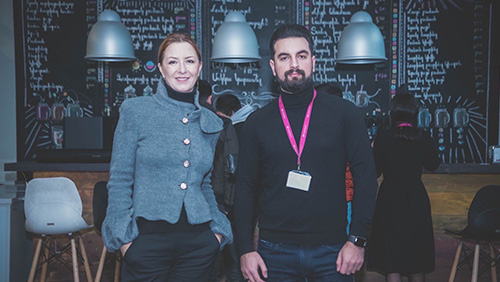 Pulling away from previous themes that highlighted where the company was heading, East and West is in many ways a recognition of how far they have come. At the start of a new decade, the betting and gaming superstars boast fifteen offices worldwide, and one on almost every continent of the globe. As new product officer Edgar Mkrtchyan is keen to highlight, their offering is now so diverse that it can appeal to almost any player and operator around the world, and at ICE this year, their all-encompassing stand will be a testament to that.

As in previous years, BetConstruct’s new concept has been the driving force behind several new launches and fresh ideas that are set to be showcased at the expo in February. But before these big reveals, however, a disruptive new plan – which Mkrtchyan describes as a “never before seen project” – is set to be unveiled.

Across all of its regional offices and development hubs, BetConstruct harnesses the skills and passion of around 3,000 members of staff – and its next big plan involves tapping into this huge source of industry knowledge and expertise.

“With all the knowledge and experience collected over the years of being in business we find ourselves qualified enough to deliver industry-facing education for those who want to enter iGaming,” explained Mkrtchyan. “The scale of our expertise reaches from the very essentials of gaming and betting up to full-on project management.”

Recognising the breadth and depth of the company’s collective knowledge, BetConstruct will be shortly establishing its new Betting Academy, a training programme that can train up personnel to become leaders in their fields, from traders to risk managers, in any iGaming business across the globe.

“Since the initial goal is to provide the opportunity of delivering professionally trained staff to our partners, their opinion will matter the most, which is why we will first share our ideas with our existing operators at ICE,” added Mkrtchyan.

Meanwhile, following groundbreaking launches such as the AI-driven live tracking tool, AJNA, the sports betting side of the business looks set to be a hive of activity at this year’s ICE.

“Sports data products are as vital as water – that’s what our founder and CEO said three years ago at our H2O Data seminar,” said Mkrtchyan. “This huge domain, which includes odds feeds, is powered by FeedConstruct, our sports data provider, which is always striving for innovation and improvement. To back up our sports betting offering, the company offers live sports video streaming, statistics with 20-years historical data, and scouting data. Together, these four products provide potent fuel for any sports betting business.”

This February, FeedConstruct will be showcasing a host of new releases, with an innovative spin-off associated with each of the brand’s four cornerstones of sports data. The first of these, DeePro, is a deep data collecting tool for basketball designed to step up a team’s performance, indicating the effectiveness of decisions made by coaches and the results of players’ training routines.

“Our tool takes into account all the intricacies of the game, all the minute details and features in order to deliver reports and game statistics including individual player data,” said Mkrtchyan. “It’s designed to perform via automated hot keys and special functionalities which allow the scout to collect and process deep data easier and faster. As for the rest, I’d like keep the intrigue for FeedConstruct and let them shine when present their ground-breaking solutions in London this February.”

And what are the company planning to bring to the table on the iGaming side? “Everything,” says Mkrtchyan. “And I mean it.”

This isn’t an exaggeration. With an immense library of games both created in-house and supplied by big-name developers, alongside a huge range virtual sports, fantasy sports, live casino, virtual reality, poker, and more, BetConstruct’s iGaming suite – delivered via their flagship Spring platform – seems to encapsulate almost every part of the sector, both old and new. In addition, the firm are also happy to carry out customer development projects for partners who are looking for something particularly niche or tailored to their specific audience.

At ICE this year, however, the focus will be on something a little bit different: the launch of the Spring BME app, an iGaming encyclopaedia that will deliver insights and analysis direct to the smartphones of industry professionals.

“We expect this solution to become a compass for the industry which can lead newcomers to ultimate success as operators and drive all other industry players forward in their goals,” said Mkrtchyan.

Pushing its partners to do the best business possible is at the heart of the BetConstruct ethos, and the company has invested an enormous amount of time into making the process of integrating its products and tools as smooth and straightforward as possible.

At the show in London, their focus will be on liaising closely with existing and future partners. The brand has a talent for creating a visual spectacle, and this February the team hopes to stimulate and educate attendees with an impressive 360-degree video installation offering a panoramic view of their products and services.

This ambitious display, says Mkrtchyan, will not only showcase what BetConstruct can bring to the table, but also aim to deepen people’s knowledge of B2C operations and the state of play in the industry.

“We have high expectations for 2020 in terms of deals and partnerships – but as always, we expect the most from ourselves,” he said. “We want to focus on delivering the best quality and flexibility with any of our products, and, in line with our East and West concept, we also plan to continuously expand our operations within regulated markets.”

The ambitious expansion plans for this year follow hot on the heels of a number of new market entries in 2019. In the last twelve months, BetConstruct has partnered with a number of leading MGA-licensed online casino suppliers, secured a Remote Operating Licence from the UK Gambling Commission for its Live Dealer product, achieved certification for its Sportsbook in Colombia, and licensed its land-based solutions in Romania. Now the company hopes to expand further into prominent European growth markets such as Italy, Denmark and Sweden.

Meanwhile, on the product side, every single one of BetConstruct’s tools will continue to be rigorously tested, revised and improved, says Mkrtchyan – including the company’s biggest runaway successes, such as its Live Casino product.

“Once we’ve done our best, staying up to the mark is what comes next – and any further step must be a continuous uphill journey,” he explained. “BetConstruct’s in-house live casino studio is growing in a very literal way, since we are expanding the space by adding a new floor to the building. That means new games, new halls and new revenue-stream opportunities for our partners are already on the agenda for us.

“In addition to that, the overall gaming suite is expanding with new highly effective promotional tools and simple mini games which find immediate preference with players and generate revenue right away without cannibalising the existing offerings.”

The scale of product-development work may sound overwhelming, but for Mkrtchyan and the BetConstruct team, providing comprehensive aftercare and services – from initial set-up to continuous growth – is of equal importance.

“It’s one thing to provide all necessary software and tools and entirely another to support a partner on throughout their whole way to success and stable growth,” Mkrtchyan added. “Here at BetConstruct we do both.”