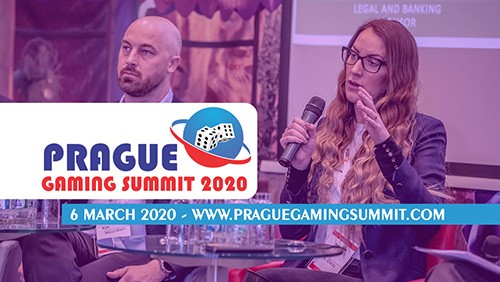 Emerging Eastern and Central European jurisdictions in the spotlight at Prague Gaming Summit 2020.

players in those particular countries.

At Prague Gaming Summit, you have the possibility to catch up on some very informative content about the recent changes in the regulation, taxis and compliance updates coming from Czechia, Slovakia, Poland, and Ukraine.

There is no doubt that the recent taxing changes from Czechia have been in the focus of many operators, but the future doesn’t look so bleak when they consider the growth and recognition of the industry.

However, the most talked*about jurisdictions lately have been the Ukrainian, Slovakian and Polish gambling industry.

Just recently the Ukrainian Parliament has adopted Bill 2285-D in its first reading and paved way for the legislative regulation of gambling in Ukraine.

The bill will now face a second reading, before which further details – such as the tax rate on gambling – may be worked out for inclusion in the final bill.

Once legalized, the market will create thousands of jobs, contribute to both state and local budgets, lead to an increase in tourism, and will help to counter corruption in professional sports.

If passed at the second reading, it will be presented to President Volodymyr Zelensky and if signed will become law.

When it comes to first-hand information about Ukrainian gambling industry, you have the opportunity to hear more about the licensing scheme, taxes at the Prague Gaming Summit from leading industry operator representatives such as Evgenia Derbal (Head of Legal at Parimatch) and Maksym Liashko (Partner at Parimatch).

Make sure to book your ticket now in order to avoid disappointment. The seats are limited and are selling out fast!

Focus on Slovakia with local knowledge

Diving deeper into the region, Prague Gaming Summit will also highlight the possibilities of expansion into Slovakia and Poland.

The online gambling industry in Slovakia has been the debate for many operators in the region which are all interested in taking their share piece from the small jurisdiction. Nevertheless, Slovakia has some of the most passionate players when it comes to sports betting and casino.

The updates from the Slovakian gambling industry will be presented by Dr. Robert Skalina (Senior Advisor at WH Partners), who is a specialist when it comes to the Slovakian regulation, advising the entry of many of the major European operators.

When discussing Eastern and Central European jurisdictions, we can’t avoid talking about the possibilities and updates of one of the largest jurisdiction in the region. The gambling industry in Poland is considered one of the most competitive and flourishing jurisdictions in the region and has recorded significant growth in the past year. The regulated bookmakers in Poland have generated a combined turnover of €1.58bn in 2019, a 28.8% year-on-year increase but less than the unlicensed market, according to figures from legal association Graj Legalnie.

At the end of last year, the Minister of Finance, Investment, and Development has signed an ordinance amending the ordinance on lottery devices, gaming devices, and slot machines, securing information regarding the organized lottery and obtaining, calculating and paying out winnings.

The opinion of the testing entity is only an attachment to the application for issuing the decision. This opinion must contain information that it serves only to issue a decision by the minister competent for public finance.

At Prague Gaming Summit, you have the unique opportunity to hear more about the Polish gambling industry form the legal side and also from the operator’s side.

Kamil Popiolek (Legal Counsel at Superbet) and Piotr Dynowski (Partner/Attorney at Law/Head of IP/Media/Tech&Comms Practice at Bird & Bird Poland) will both share some of the most vital information and investment possibilities the market has to offer.

As mentioned in earlier press releases, the conference will once again bring together a large community of gambling industry experts which vary in the form of operators, software providers, platform, compliance experts, government officials and more.

For constant updates, you can view the Program / Agenda here.

REGISTER NOW TO RESERVE YOUR SEAT!

Even from its inaugural edition in 2017, Prague Gaming Summit has been considered as the leading event in the region which offers a priceless opportunity for local and international operators to get together yearly to network and learn. The conference has recorded considerable growth during the 2018 edition and continues to bring the quality platform with which usual delegates have already gotten used too. You can read the post-event reports from the earlier events on the following links 2017 / 2018 / 2019