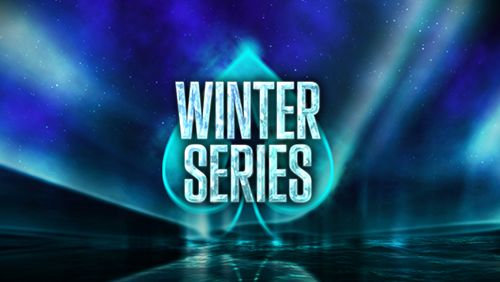 With PokerStars no longer taking players to the Caribbean to enjoy the PokerStars Caribbean Adventure in January, efforts to appease their loyal player base have stretched to the Winter Series on PokerStars.com.

With a massive $50 million guarantee offered to tease players online during the crucial period from Christmas Day to January 13th, the marketing clearly worked, with over $65,000,000 in the eventual prize-pool over all the events, and over 1.2 million entries in total created many big winners over the phenomenal 242 tournaments.

All three Main Events saw almost $6 million in prizes awarded to players, with the $1 million, $1.5 million, and $2 million guarantees across the low, medium and high buy-in events all being surpassed.

It wasn’t only in the bespoke events that numbers were up. As is often the way during a popular series, the $215-entry Sunday Million got a shot in the arm too. With a guarantee of $3 million, over 17,500 entries meant that guarantee was smashed as over $3.5 million ended up in the prize-pool.

As with most series, the final Main Event was what everyone was aiming towards and naturally, from a media perspective, that was the basis upon which the Winter Series’ success would be ultimately be judged.

‘FlyingSmile’ was the first to bust, unlucky when they were all-in with pocket queens called and busted by Freshmannn’s pocket kings. That gave the latter the chip lead, and it looked at that stage like it might be the two biggest stacks playing for heads-up stacks until the others busted.

With ‘sd5355470’, busting with ace-ten when ‘Pendall’ had a pair of jacks that held through the board, again it was the big stack wielding the axe. Former double WCOOP champion Conor Drinan a.k.a. ‘blanconegro’ (and a player who has lost aces against aces pre-flop in a million-dollar entry tournament!) would bust next to Freshmannn, ace-seven unable to spike a rocket against pocket eights for the resuming chip leader at the table.

Former Sunday Million winner and SCOOP champion Conor Beresford, also known as ‘1_conor_b_1’ online bluffed off his remaining chips against ‘M4GPI3’s pocket queens and it would be ‘sp3edy14’ who busted in 5th place for a massive five-figure payday of $71,323.

With four left, it would be a surprise when Freshmannn busted in 4th place for the first six-figure payout, their king-queen dominated and dusted by Pendall’s ace-queen.

With three players still in the hunt, ‘M4GPI3’ mooted some deal-talk, but it was a one-way conversation and no-one else got involved even to reply. In the end, although there was a lot of movement between all three stacks in the levels before it, it would be ‘M4GPI3’ who busted in 3rd place for $140,362. With just seven big blinds, they all went in with king-ten, but ‘botteonpoker’ called with ace-ten and no drama on the board meant play went heads-up.

As soon as the two players were heads-up, a deal was agreed that saw each player winning $224,000 instantly, playing on for another $24,000. When Pendall hit a straight soon afterwards, the drama was over, and ‘botteonpoker’ had to be happy with a runner-up place.