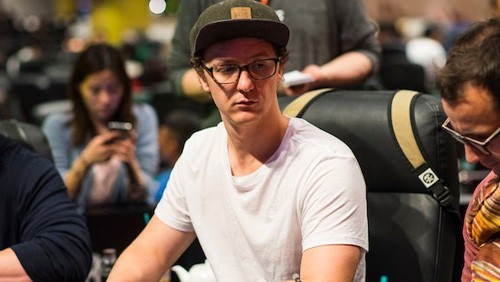 A dramatic final day of the MILLIONS U.K. Super High Roller saw Australia’s Kahle Burns take down the event and win $350,000 in the process as he defeated Igor Kurganov for the title at Dusk Till Dawn Casino in Nottingham.

The event might have been tailor-made for the experienced and in-form Burns, who has been crushing High Roller events ever since taking down two WSOP bracelets in a week during the WSOP Europe festival in late 2019. A trip to Las Vegas produced more titles on the Poker Central circuit and Burns has done it again in Britain, producing his best when the tournament demanded it.

Ironically, with the Aussie Millions going on across the other side of the world, Burns was in Britain instead. While the Crown Casino in Melbourne will be missing the second-best tournament poker player in Australia’s history behind Joe Hachem, Burns attendance at Dusk Till Dawn is Nottingham’s gain.

Overnight, Luke Reeves had the chip lead, but his day was to take a dramatic turn in a less than positive way. That, however, wouldn’t be an instant story to grab the headlines, mostly due to the fact that registration (and re-entry) was still open for the first two levels.

As play got closer and closer to the final table, players such as Alex Foxen and Kristen Bicknell – sitting next to each other yet unable to survive the field – were whittled away. When Adrian Mateos bubbled the final table, the final nine players were set, but the money bubble was still to burst.

Which is where Luke Reeves comes in. Having enjoyed the fortune of winning the final hand of the previous day, getting it in with aces against Michael Zhang’s kings to propel himself to the chip lead with almost twice anyone else’s chips.

With six players remaining in the event, Reeves was in a completely different position, short-stacked and looking up the leaderboard at Igor Kurganov’s mountainous stack of 22 million chips, more than all the over players put together and then some. Reeves was ousted in the only remaining position that wasn’t paid, his all-in with pocket fours doomed to blind-on-blind defeat by the call of Igor Kurganov’s silent assassins – pocket queens.

With a total of 37 entries across the two-day event generating a prize pool of $897,250, the first player to cash in for the lowest amount of that booty was Steve O’Dwyer, who went home with $75,000 when his all-in move with king-jack was called by Kurganov’s ace-eight and couldn’t catch up.

Preben Stokkan cashed in 4th place for $100,000 when his ace-eight was dominated by Ben Heath’s ace-king, but Heath himself would bust in 3rd place for $150,000. The British pro who had only entered for one bullet, busted to Kurganov when the home country hero moved all-in for jack-nine and was eventually called by Kurganov’s suited king-five, which held.

Heads-up, Kurganov held a lead of around 3:1 in chip ratio, but would be overtaken by Burns, who flopped a flush to elicit value on the river for a pivotal pot. The final hand saw Kurganov move in with pocket fours and Burns made the call with ace-ten. A king and queen on the flop gave Burns more outs, and a jack on the turn handed the Australian a Broadway straight and sealed victory before an inconsequential ten on the river completed the board.

The $350,000 top prize will matter most to Burns, but another title will be most welcome to one of the biggest current stars of the game, while Kurganov will lick his wounds with $222,250 and the comfort that can only come from having dominated so much of the play against such a tough field for much of the 48 hours.