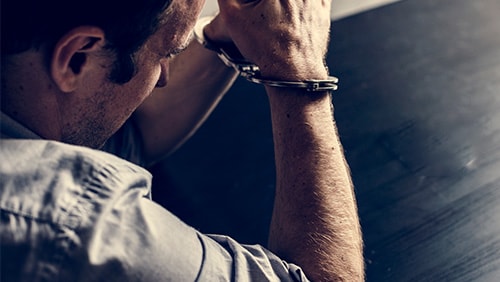 Danish poker player and EPT Champion Peter Jepsen has been sentenced to 30 months in prison for the hacking of poker players’ laptops for his own gain, a Danish court heard this week.

Ironically, back in 2008, Jepsen himself was rumoured to have been a victim of fraud and suspected that his details were taken from him to a bogus ‘trojan’ virus on his computer, as reported by PokerNews at the time. Now, 11 years later, it is Jepsen himself who has been convicted on what would look to be a highly devious cyber-crime.

The former Full Tilt player and high stakes cash grinder, Peter ‘Zupp’ Jespen previously won an EPT Main Event in Warsaw when he beat Farid Meraghni heads-up for $415,679. But after five years of being on trial, Jepsen received a sentence of four years, which was reduced due to the lengthy investigation that took place to prove his guilt in the matter.

The disastrous fall from grace for Jepsen is damning. Once the Danish darling of the online fanboys, associated in such conversations about Danish players such as Theo Jørgensen and Gus Hansen, Jepsen cheated for an incredible six years before being found out, putting the timeline right back to that 2008 investigation on his part.

Why did Jepsen cheat? He was a well-known and respected player on his own merit, which included playing in huge pots in cash games against pros such as Tom Dwan, one of which was a record hand for the amount of money on the line at one time, a massive $499,000.

Quite what contributed to him hacking his friends’ laptop and installing malware, no-one knows, but the Trojan Horse viruses gave him access to hole cards and originated at EPT events.

Jepsen didn’t work alone, needing technical assistance to install the malicious software itself. Just last week, Jepsen’s activity, which took place between 2008 and 2014 was highlighted by the highly respected player Jason Koon, who told about how he lost tens of thousands of dollars online in heads-up SnGs to Jepsen.

Jepsen, who had hoped to avoid conviction was eventually convicted in no small part thanks to those associates of his coming forward and admitting their part in the series of crimes. That led to a full-scale investigation based on the complaints of players who had lost money to Jepsen and plenty of those players came forward to pursue a prosecution of the man who had taken their money by unlawful means.

In sentencing, The Copenhagen City Court not only sentenced Jepsen to some serious porridge, but also enforced a fine of €3.5 million, only €107,000 of which will be going back to the aggrieved victims of the Dane. Whether can pay what he owes, nobody currently knows, but it is highly unlikely that the disgraced Danish player will ever be welcomed back to the felt, either live or online.

Inviting a Trojan Horse in once? We’ve heard that story a thousand times.

Nobody ever opens the gates twice.