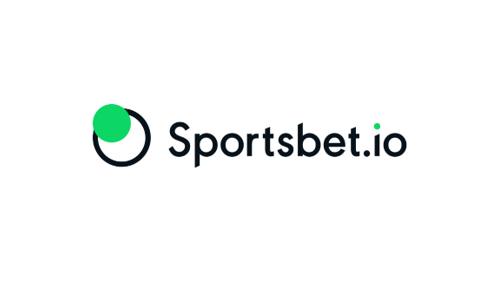 4th December 2019 – Disruptive sports betting brand Sportsbet.io has extended its partnership with CONIFA to serve as premier sponsor for the World Football Cup 2020 in Skopje, the Republic of North Macedonia.

The announcement follows the hugely successful CONIFA Sportsbet.io European Football Cup 2019, which was hosted in the Republic of Artsakh in June.

The extended partnership underlines Sportsbet.io’s commitment to supporting CONIFA, the Confederation of Independent Football Associations, which serves as the international governing body for football teams from regions, nations, de-facto nations, minority peoples and sports isolated territories not represented by FIFA.

Justin Le Broque, Head of Marketing at Sportsbet.io, said: “Sportsbet.io is proud to continue our sponsorship of CONIFA with next year’s World Football Cup, which embodies everything about our fun, fast and fair approach to the beautiful game.

“The Sportsbet.io European Football Cup was a true festival of football, and it was inspiring to watch the continent’s most passionate players and fans assemble in Artsakh.

“Sportsbet.io and CONIFA share a passion for defying the odds, and that’s why we can’t wait to welcome the world to Skopje for next year’s tournament.”

Sascha Duerkop, CONIFA General Secretary, said: “We are delighted to announce that Skopje will be the location of the next CONIFA Sportsbet.io World Football Cup. It’s a fantastic city with great facilities and we look forward to heading there next summer to watch some fantastic football.”

Jens Jockel, CONIFA Asia President, has visited Skopje to assess its suitability for the World Football Cup. He said: “Skopje has some wonderful facilities and will welcome visitors with its world-famous Macedonian hospitality. If you’ve not associated Macedonia with football before, you will after the World Football Cup 2020! We will look forward to bringing people to the country, and welcoming visitors from around the world to enjoy this fantastic tournament.”

he draw for the tournament will be held at the CONIFA Annual General Meeting in Jersey on the weekend of January 24-26 next year.

Founded in 2016 as part of the Coingaming Group, Sportsbet.io is a leading multi-currency sportsbook operator that has redefined online sport betting by combining cutting-edge technology with cryptocurrency expertise and a passion for offering its players with the ultimate fun, fast and fair gaming experience.

Sportsbet.io provides an expansive range of betting action across all major sports and eSports, offering players more than 350,000 pre-match events per year, as well as comprehensive in-play content and one of the industry’s most diverse array of both crypto and local currencies.

It is the first sportsbook of its kind to introduce streaming across all major sports and a cash out function with Sportsbet.io recognised as being a rising star within the online sports betting world.

Sportsbet.io prides itself on its secure and trustworthy betting service, with withdrawal times of around 1.5 minutes among the fastest in the industry.