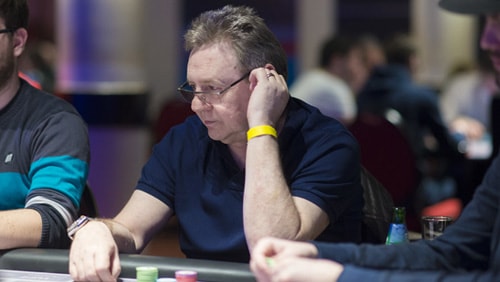 Popular poker player, double WSOP bracelet winner as well as WPT Champions Club member John Gale, has passed away at the age of 65.

Nicknamed simply ‘Gentleman’, John Gale had been suffering from a growing brain tumour for over three years, which he chose to live with rather than undergo more surgery back in 2016. The former winner of the PokerStars PCA died at the age of just 65 and is survived by his wife Shirley and four children.

When news broke of Gale’s passing, the poker community paid tribute to a man known far and wide for his love of the game and passion for playing poker to keep his quality of life right up to the end.

One of many London players who graduated from ‘The Vic’ to conquer poker tournaments worldwide, Gale won the PCA Main Event for $890,600 in 2005 but gained his nickname of ‘Gentleman’ after losing what was a devastating loss in the World Series.

At times, he led his heads-up opponent, Brian Wilson by a 10:1 ratio in Las Vegas, but he would be overcome. However, instead of expressing disappointment, Gale congratulated his opponent and enjoyed his happiness.

Paying it forward would pay off for Gale, who a year later had his own bracelet. He would win another by the time his career was over, and was a popular WPT champion when this reporter interviewed him shortly after his diagnosis in 2016.

I found John Gale to be personable, warm to a degree that he made me immediately feel like his friend, and as he said to me at the time when I asked him why he was going against medical advice to resist further surgery:

“The neurologist strongly advised me against it, because even though it’s benign, the tumour is still growing. But if I can have a little bit of quality of life instead of a great deal of quantity that is of no quality whatsoever, I’d rather have that.”

John Gale gave off a quality of life that infected everyone around him. After battling the tumour for four years from the initial diagnosis in 2012, he chose a quality of life over lengthening an existence of endurance.

His second WSOP bracelet came during that period where he was making the decision that would define the last few years of his life, in 2015, in a $1,000-entry Turbo event. Gale won $298,290 and was radiant upon victory.

Gale’s last live tournament result was a 38th-placed finish at his beloved Vic in late 2018, his score of £600 nothing compared to the fun he would have had at the felt. It was his only cash in the past few years, but Gale leaves behind a poker legacy of enjoyment, humour and honour. He never treated poker too seriously, won with distinction, celebrated with others and shared his journey with everyone.

The Gentleman will be sorely missed.