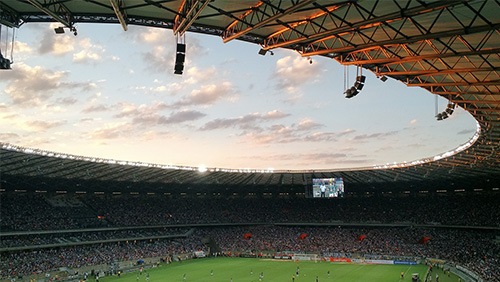 Liverpool host Manchester City in the biggest game of the Premier League season so far, while Leicester and Arsenal do battle at the King Power

With all 20 teams back in action before the next Interantional break, a huge game will see either Liverpool or Manchester – or both teams – disappointed at having dropped points. Elsewhere, there’s a genuine six-pointer at Carrow Road, while Manchester United host Brighton in a bid to move back to within swinging position of the European places.

A fascinating clash between a side currently in the top four and another who are looking jealously at the progress of their hosts.

While Leicester have started the season brightly, rising to 3rd in the Premier League by playing the kind of football that won them the Premier League in 2016, Arsenal have been languishing in recent weeks, which have included Granit Xhaka being stripped of the captaincy after his public outburst as his own fans.

Could there be a better time for Arsenal to play Leicester at the King Power? Or will adversity propel The Gunners to a result that would revitalise their own Champions League place ambitions? We asked former Leicester and Arsenal number nine Alan Smith his thoughts on the game here.

They simply don’t come much bigger than this. Liverpool, six points clear of last season’s champions, Manchester City, welcome The Citizens to Anfield. The European champions against the English champions.

While Liverpool have the lead in the table, you could argue that City have had to deal with a lot more setbacks so far this season. An injury to Allisson during a particularly kind batch of fixtures aside, Liverpool have been as relentless as last year. City, on the other hand, saw Vincent Kompany depart in the summer and the defence he left has been beset by a number of injuries, not least to John Stones and Aymeric Laporte.

If Manchester City can win, then the gap will be just one win, with City having the far superior goal difference. If Liverpool get three points, however, the title could effectively be over by Christmas, and not for the first time in the last few seasons.

While Manchester City had to travel to Italian surprise outfit Atalanta in midweek and saw Ederson injured, Liverpool stayed at home and played Genk. It’s hard to see a City victory, and if Liverpool can win, they know what it will mean.