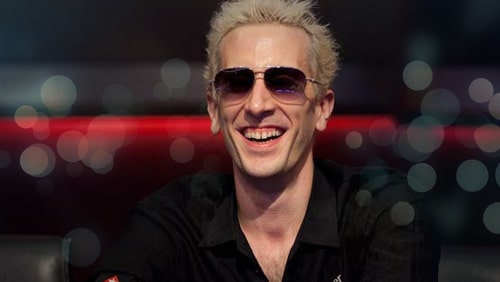 One final champion, and it was a huge name and former WSOP bracelet winner who bagged the gold to grab glory right at the death.

No, not Shaun Deeb, but Bertrand ‘ElkY’ Grospellier.

With most players, fans, media, tournament organisers, reporters and photographers all focused on whether Shaun Deeb would reach fifth place on the final day and in doing so, eclipse Daniel Negreanu’s total of 4,074.88 points, one man was determined to make it his day. Eight years after winning his debut WSOP bracelet, ElkY did it.

With a colossal 2,738 players taking part in the Colossus event, it was the French legend and former Starcraft and Warcraft gaming legend ElkY who won the bracelet after a ding-dong final day at the felt.

With 11 players coming into the day’s play, it was Deeb himself who busted first, to ElkY, ending his bid to become WSOP Player of the Year for the second year in a row, Negreanu instead winning a record third flag for that achievement.

ElkY went from strength to strength after ironing out Deeb’s chances with a flopped straight. Now with just under $14 million in live tournament earnings, ElkY hadn’t been victorious in the World Series since he won his first WSOP bracelet in 2011 in the Seven Card Stud Championship, taking home $331,639 when he outlasted 125 others.

You have the feeling that this victory will be all the sweeter for him having outrun 2,700 others.

With a stacked final table, ElkY made light work of the opportunity, running into a chip lead and taking down the event by beating Israeli player Avraham Dayan heads-up to claim the bracelet.

Down to six players in quick succession, both Christoph Peper and Dieter Becker were the German duo who busted next. Becker’s loss was particularly galling for the main himself, because he had been chip leader earlier in the day, but he busted after getting involved in several pots with ElkY.

Danish player Mick Heder busted in fourth when his ace-nine was out-drawn by ElkY’s ace-eight, and eight on the flop bringing home the bacon for ElkY. Marian Kubis, who hails from Russia, crashed out just before heads-up when ace-six was, this time, behind ElkY’s hand, ace-jack, which held.

The heads-up was a brief affair, Dayan calling off ElkY’s four-bet all-in and turning over ace-ten only to see ElkY’s flip over pocket tens. A dry board gave the calmest of victories to the enigmatic Frenchman, and he bagged a massive €190,375 from his €550-entry to go with that most treasured of his possessions, a second WSOP bracelet.