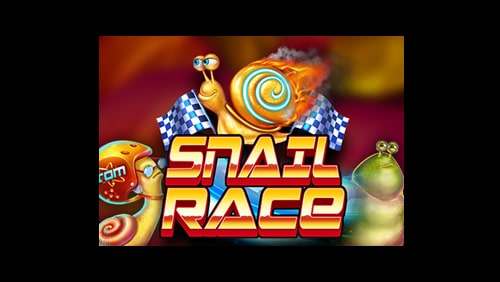 Drivers start your engines and may the best snail win!

If you aren’t familiar with snail racing then you’re missing out. Starting out as a joke practice between college students, snail racing is now an actual thing with tournaments being held all over the world, especially in the UK.

If catching a flight to watch gastropods give their best on the track sounds like an ordeal, Booming Games is here to save the day. Snail Race is the latest addition to our slot portfolio that’s complete with 3 snail racers, walking wild multipliers and so much more.

Arranged across an original 6×3 grid, Snail Race brings this whacky practice to life, encouraging players to get those reels spinning, and those snails scooting. The 7th reel is entirely dedicated to snail housing, and here’s where you’re going to want to keep an eye out.

Watch snails speed out of their houses, each bearing a different multiplier on their shell (3x on row 1, 2x on row 2 and 1x on row 3). Each of these snails are actually walking wilds, which will move one position to the left on each spin until they’ve run out of reels. This not only adds a superior level of entertainment to the slot but also dramatically increases your chances of winning for the next 6 spins!

Land 3 or more Snail Race logos anywhere on the reels and you’re onto something good. The Snail Race Bonus Round features your top 3 racing snails lined up on the grid. Hit the Spin button to watch them race along the track to reveal your prize with multipliers up to 50x up for grabs!

Laid out against a backdrop of the greenest leaves, Snail Race is fully complemented by an upbeat soundtrack and brightly designed graphics – add a handful of special features such as walking multiplier wilds and the Snail Race bonus round and you’re definitely onto a winner!