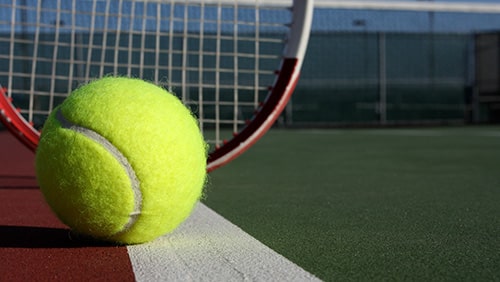 While he would eventually be eliminated from the Paris Masters by world number one Novak Djokovic, Kyle Edmund’s week suggested that he has enough in the locker room to join Britain’s Davis Cup team.

Edmund, who went into his work this week under pressure amid plenty of people in the industry asking what had led to him suffering eight defeats on the bounce, went about his first round match in a convincing manner.

Edmund dismantled Lithuanian player Ricardas Berankis in the first round, before then impressing again in the next round against 14th seed Diego Schwartzmann. Edmund’s use of groundstrokes has long been documented.

Edmund, who had over-delivered on expectations in the first two rounds, then faced Serbian world number one Novak Djokovic. A tough match, but clearly not one that was miles away from Edmund at his best.

The first set saw the British player push Djokovic all the way to a tie-break, despite conceding several set points. Edmund saved six set points, but deep into the tie-break, couldn’t hold off forever, and lost that tie-break 9-7 to concede the opening set.

In the second set, Edmund was blown away by the superior player, winning just one game as Djokovic made just four unforced errors to claim it 6-1. While Edmund would have loved to progress to face Stefanos Tsitsipas in the semi-finals, it was evidence of Edmund’s quality that he pushed the world’s best player so far.

With Rafael Nadal again retiring through injury and raising yet more questions about whether his body can cope with his push to reach 21 grand slam victories and overtake Roger Federer, Djokovic once again maintained his number one status.

Edmund, though momentarily disheartened by defeat, will point to his week in Paris as clear proof that he has a lot to offer Great Britain in the Davis Cup in just a few weeks’ time. Great Britain’s match against Netherlands on 20th November could prove pivotal to the chances that Andy Murray continues to avoid the pitfalls of recovery from injury and Kyle Edmund’s return to form.

The current world number 75, Kyle Edmund will hope his experience in France is the start of a genuine comeback up the ATP rankings rather than a false dawn.