Crane Company announced their third-quarter profit on October 29, reporting that there was a 25.3% decrease in profit from this quarter as compared to that of 2018. The U.S.-based industrial products conglomerate reported that the profit for the three months that included July through September finished at $72.5 million. This compares to a $97 million profit for the company in the third quarter of 2018. 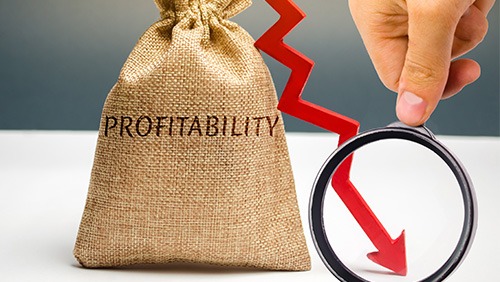 Despite the decrease in profits, there does not appear to be any concern at Crane. Max Mitchell, the president and chief executive officer of the company that sells financial equipment to casinos, explained in a statement regarding the figures that “Operationally, we delivered another solid quarter of results.”

He did explain in the statement that sales and orders from the U.S. government for banknote printing decreased. He explained that the printing of the unit Crane Currency was “well below our expectations.”

As part of the release, additional figures were provided as to the company’s revenue over the third quarter of this year. Third-quarter sales in 2019 were at $772 million, a decrease of 10% as compared to the same quarter in 2018. Breaking down the sales figures, the decrease comprised a $69 million decrease in core sales, an 8% decline, and a $12 million decrease in foreign exchange, a 1% decline.

In addition, the payment and merchandising technology segment of Crane declared that sales decreased by 23.9% in comparison to last year. Sales dropped from $327 million from the same period in 2018 to $249 million for the same period this year.

The CEO remains optimistic, however. “We remain very excited about the medium- and long-term demand profile for Crane Currency – both with the U.S. government, as well as with our international customers –and we see many opportunities for growth and profit improvement at this business.”

In other news, Crane declared a dividend of $0.39 per share for the fourth quarter of this year. The dividend will be paid on December 9 to shareholders of record at the close of business on November 29.