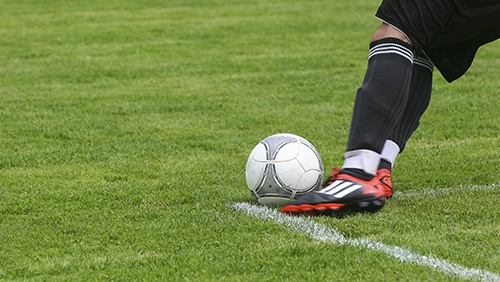 Some Premier League games defy any logic. When Newcastle went into half-time 4-0 down at home to Arsenal, Alan Pardew can hardly have expected his advice to ‘win the second half’ to go quite as well as it did. Newcastle roared back to grab a consolation, another consolation then a third goal that really put the North-East wind up Arsenal’s short-shorts. The late Cheick Tioté’s winner in the final minute really is the stuff of Geordie dreams…and Arsenal nightmares. Tioté sadly died in the summer of 2017, but he will live forever in Toon Army’s hearts.

When you lose the first leg in the San Siro 4-1, what can you really do? Well, take the Rossoneri back to Spain and thump them 4-0 to win 5-4 on aggregate, that’s what. Somehow, that’s exactly what happened, to leave the Italians stunned, and out of the tournament. La Coruna really were something special for a while in the Champions League, weren’t they? We miss them.

When Paris St. Germain won the first leg of this epic tie 4-0 in the French capital, Barcelona could never have seen a way back. But at Camp Nou in the second leg, the Catalans grabbed three goals back to leave themselves on the brink of levelling the tie. However, Edinson Cavani’s cruelly brilliant volley looked to have ended all hope, after all, Barcelona now needed to win 6-1. In the 88th minute, the score as still 3-1. By the 90th minute, two Neymar strikes meant one goal in injury time would do it, and in the dying second of the 95th minute, Sergi Roberto got his foot to the ball to put Barcelona through in the most outrageous circumstances.

The 2005 UEFA Champions League final was one of the greatest in the tournament’s history and one that Liverpool fans will never forget. 3-0 down at half-time, the Merseyside men were inspired to their greatest ever comeback in the second half by captain Steven Gerrard, and at 3-3 after extra time, Liverpool won on penalties, with Jerzy Dudek taking over from Bruce Grobbelaar after some wobbly-legged penalty-saving heroism.

The final day of the 2011/2012 Premier League season will live long in the memory of anyone who ignored the instinct to back Manchester City to win the league at 10/1 with a minute remaining. An Edin Dzeko equaliser that was so unchallenged that two Rangers defenders were able to play a full game of Connect 4 while the corner came across later, and the stage was set for a genuinely brilliant, last-gasp winner from Sergio Aguero and Mario Balotelli who, manager Roberto Mancini had declared earlier in the season would never play for Manchester City again. It was the commentary that made it, however, and Martin Tyler’s vocal box may never have recovered.

Liverpool were humbled in the first leg of their Champions League semi-final against Barcelona at the Nou Camp. With the score 3-0, by the end it could have been double. Messi, Suarez et al therefore arrived with the metaphorical cigars on… and were promptly humbled, sent back to Barcelona on the back of a 4-0 defeat that flipped the script better than the last scene of Seven. Divock who?

The ultimate comeback in one sense, nothing of the sort in another, United came back from a goal down to win in less time that it would take to properly boil an egg in Barcelona. Shorn of the talents of Paul Scholes and Roy Keane, the Red Devils were dominated by the Germans, who could not expand on their 1-0 advantage. Taking off Lothar Matthaus, the German legend would watch from the bench as United first equalised through Teddy Sheringham then – improbably – won it via the out-stretched metatarsal of current manager Ole Gunnar Solskjaer, who won the corner, too. Football, eh?