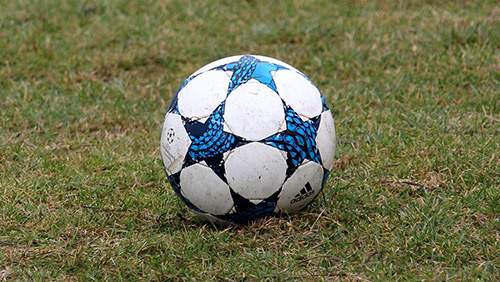 Liverpool’s winning start finally faltered at Old Trafford, while Chelsea continued to improve under Lampard and the champions clipped The Eagles’ wings

Another rollercoaster weekend of action saw several matches decided by the finest of margins as Liverpool finally lost their 100% record and Manchester City made ground in the title race. Leicester City won an emotional game at the King Power against Burnley, while Everton resurrected their season at Goodison Park.

Chelsea 1-0 Newcastle United
A nervy, yet vital win for The Blues at Stamford Bridge took place when Marcos Alonso was the matchwinner for Frank Lampard’s Londoners.

Steve Bruce will be pleased with the effort of his players, but while Newcastle look organised in defence, there is a bluntness to their attack that requires sharpening, and eventually, Chelsea’s pressure told as Marcos Alonso struck in the 73rd minute.

While the Magpies couldn’t repeat their stunning victory against Manchester United, they’ve played five of last season’s top six in the first quarter of the season and will soon have the opportunity to take points off those around them in their battle against the drop.

Crystal Palace 0-2 Man. City
With the chance to put pressure on Liverpool, Pep Guardiola’s Manchester City snatched the chance to gain ground on their rivals with both hands as Raheem Sterling and David Silva turned in brilliant performances to triumph at Selhurst Park.

With Spanish player David Silva ending his career at Manchester City at the close of this season, Guardiola has an interesting decision to make; blood Phil Foden quickly to lessen the impact of the outgoing magician’s departure or utilise Silva in every game he can before his Premier League retirement.

On the evidence of this win over a resurgent Crystal Palace, the latter seems preferable. Silva orchestrated everything, and was pivotal in the result, his low-struck volley from a chipped Raheem Sterling assist the winning goal just before half-time and seconds after Gabriel Jesus’ opener. City march on, despite having no recognised centre-back on the pitch until John Stones’ welcome return from injury as a second-half substitute.

Manchester United 1-1 Liverpool
Jurgen Klopp saw Liverpool snatch a late equaliser on a day where the formbook was turned upside down under the lights at Old Trafford.

With Liverpool expected to claim a 9th consecutive win against their hosts – with some bookmakers having United at 4/1 to win – instead, Rashford and Daniel James caused the visitors plenty of problems before taking a deserved lead via Rashford before half-time. While VAR was summoned, largely by the Liverpool team, Martin Atkinson and the VAR referee agreed that there was no clear and obvious error in the build-up after Divock Origi flung himself to the floor after being dispossessed in midfield.

In truth, the goal was nothing more than United deserved, and while the Red Devils dropped deeper in the second half, Liverpool looked out of sorts and blunt in attack without the talismanic Egyptian, Mo Salah. Late equalisers don’t come more priceless than in such matches, however, and sloppy defending by United in a rare lapse cost them two points as the forgotten man of Anfield, Adam Lallana, ghosted in at the far post to level it up. Liverpool, however, could only go just six points clear instead of eight as Klopp failed yet again to win at Old Trafford.