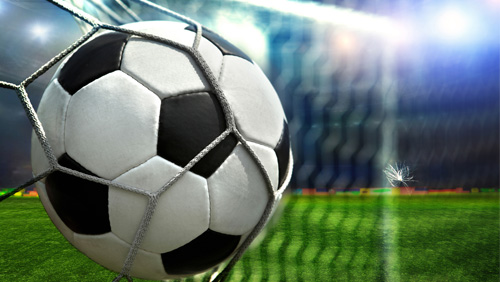 Jamie Vardy faces off against Harry Kane at the King Power, two United go to war in East London and there’s a Big Six clash at The Bridge.

The Premier League is back again for another round of highly entertaining fixtures, with a lunchtime kick-off to get right behind if you’re a fan of attacking, free-flowing football. With West Ham welcoming a resurgent Manchester United to the London Stadium and Chelsea hosting the leaders Liverpool on a truly super Sunday, there’s a lot to look forward to.

Two entertaining teams clash at the King Power as Leicester, off the back of their first league defeat of the season last week at Old Trafford, return to a home game against one of the most devastating away teams in the Premier League. Spurs come into the game on the back of a tough away fixture in the Champions League where they led 2-0 at Olympiakos before being pegged back in a frantic second half where North London’s finest could easily have lost.

With Jamie Vardy isolated against Harry Maguire last week – and wholly outclassed – he’ll need way more help this week, with James Maddison most likely to play a more advanced role. Spurs will rely on the running power from the flanks, with Lamela, Son and Moura all needing to stretch a brittle Leicester defence. Expect goals, goals… and more goals.

East London is the setting for what looks an intriguing clash on paper. While Manchester United have steadied the ship with consecutive 1-0 wins against Leicester City and F.C. Astana respectively, Ole Gunnar Solskjaer’s side still look a promising work-in-progress rather than the finished article. Any weaknesses there to be exposed are sure to be thrown under the harshest spotlight by a West Ham side who consistently raise their game against the Red Devils .

Think of the final day 1-1 draw at Upton Park that denied Manchester United the title. Relive the 3-2 victory from the jaws of defeat that was the last game at the old Boleyn Ground. Let the humiliating battering of a Jose Mourinho team in beige flashback in slo-motion. Well, if you’re a West Ham fan, do all those things. If you’re a Manchester United fan, pray the right players are fit to start and hope for an end to the hoodoo.

Now this will be a game. Frank Lampard’s Chelsea may look a little ropey at the back, but their attacking flair is proving explosive, as teams such as Wolves, last week’s victims of a 5-2 Chelsea hammering, are probably still waking up to in their nightmares. While the blues failed to hit the net in midweek against Valencia in the Champions League, so too did Liverpool at Napoli, perhaps on a subconscious level because both sides know that this game matters more.

Liverpool, five wins in five games in the league, have opened up a five-point lead on their only serious challengers to this year’s title, Manchester City. Add into the equation that City have lost both John Stones and Aymeric Laporte to mid or long-term injuries and released Vincent Kompany last summer and The Reds look favourites to pick up their first-ever Premier League title, drawing level with the likes of Leicester City and Blackburn Rovers.

To the game itself, and while many will expect goals, it could be tighter than some pundits predict. Neither team will want the other running at them on the break, which makes parity even more priceless than ever at half-time and beyond. It could come down to a moment of magic, and with some absolute wizards of the game on both sides, it really could be anyone’s game – and three points.