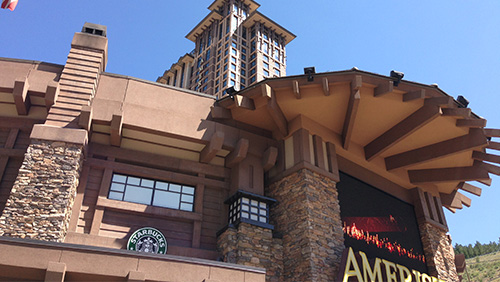 So, a lady walks into a casino. That might be the start of a bad joke, but it’s actually the beginning of a true story, and the leading lady of the story most likely isn’t laughing. Tamara Bean decided to hit the Ameristar Casino Hotel in Council Bluffs, Iowa recently, where she pulled up a seat at a penny slot machine. After spending some time shaking hands with the one-armed bandit, she finally scored a payday. However, when she tried to collect her winnings, the casino refused and this is where the debate begins.

WOWT TV News out of Iowa first shared all the details with the world. It appears that Bean was denied her winnings because she had been banned by Ameristar. She was booted out the casino after allegedly being found to have been in possession of marijuana, with casino brass putting her on the do-not-allow list.

Here’s the thing, though. Bean was banned in 2002. Since then, she has been back to the casino on numerous occasions, and no one ever said anything to her or tried to prevent her from gambling. The casino, because of her patronage, even issued her a rewards card just a few months ago.

The situation becomes complex because Bean was a Sheffield when the ban was put in place. She only acquired the last name of Bean when she got married, and the connection between her former name and the new one was ever made, until now.

For years, Ameristar was able to accept Bean’s money, even though it had banned her, because it didn’t ever compare records and see that the two individuals – Tamara Sheffield and Tamara Bean – shared the same social security number. Not until she tried to collect her slot winnings was the connection made. Apparently, issuing rewards cards doesn’t require a background check, but issuing payouts does.

It isn’t a huge amount – only $1,733 – that Bean is being denied. However, it raises a question about a casino’s ability to properly monitor who comes in and out. At least for some who may have been put in a casino’s little black book, you now know there’s a workaround, but just don’t expect to be able to cash out if you win big.