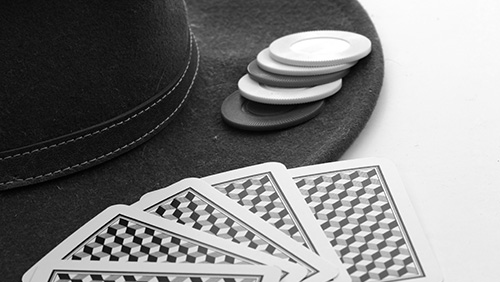 Kevin ‘Racks’ Roster, who stole the hearts of the poker community during his incredible run at the 50th World Series of Poker despite only having a mere few weeks to live, passes away in California.

If you knew that every day was your last, how would you spend it?

It’s a question that we may answer if during a deep and meaningful conversation with your ‘significant other,’ but one that few have to contemplate in actuality at the age of 36. Kevin “Racks” Roster had to answer that question, and he decided that all he wanted to do was play poker.

In 2017, doctors diagnosed Roster with cancer known as ‘sarcoma.’ Over the next few years, his health declined to the point that he had to have his leg amputated to stop a 20-pound tumour from eating it alive.

“So legless and leaking from holes and still dying of lung sarcoma I cannot say it was a good or bad decision, just one that had to be made” — Roster.

After the amputation, the medical staff gave Roster weeks to live, and he decided to move from New Jersey to California so he could take advantage of assisted suicide laws. It was a wrench leaving New Jersey because it was the home of his ex-wife and 9-year-old son. Even more frustrating was the fact that an assisted suicide law had been passed in New Jersey, but wouldn’t come into force until August.

Roster didn’t have that long.

Regarding the New Jersey law, Racks wrote on his blog:

“For what it’s worth, I feel alright and have been enjoying life and raising awareness. I hear my downturn will be swift, and I want to be ready, I believe all Americans should be able to choose to end their life peacefully if they have a terminal condition. Someone like me, who dedicated his life to never punching a clock or waking up if he didn’t have to should have to rot in pain and asphyxiate slowly and painfully? F*ck that and fuck cancer. California, here I come. I hope to make one more big awareness run at WSOP this year if I can make it. So if you’ve followed this long stay tuned, I still have work to do.”

After becoming a Californian citizen, Roster decided to head to the World Series of Poker (WSOP) to try and tick “Win a Gold Bracelet” off his bucket list. Although that didn’t happen, Roster turned it on, cashing in four events (see below), including a career-best $22,561 for finishing 38/6035 in the $1,500 No-Limit Hold’em Monster Stack.

It wasn’t only on the table that Roster had a blast. He met his hero Phil Hellmuth and attended the 50th Anniversary party. There he convinced Daniel Negreanu to follow him on Twitter to help him raise awareness of sarcoma (the laugh being that Roster didn’t follow Negreanu).

Roster also got to compete in the $10,000 WSOP Main Event after the former World Champion, Greg Merson, heard his story, and bought him in. Racks was doing well until a downturn in health forced him to leave the competition early.

After his miraculous WSOP run, Racks told his fans that he wouldn’t be making any further public appearances. Nor would he tell anyone, not even his family, when he would choose to die. He remained a poker player to the very last.

“I am short, and that big blind is coming around quick,” wrote Roster before continuing. “I do plan on continuing to play poker whether live when possible or online when not when I cannot do these things it’ll probably be a good indicator for when its time to go.”

”Kevin passed peacefully and is now out of pain. He wanted you to know that even though he never met many of you, that you helped him cope with tough days at the end.”

What an inspiration he was. ​