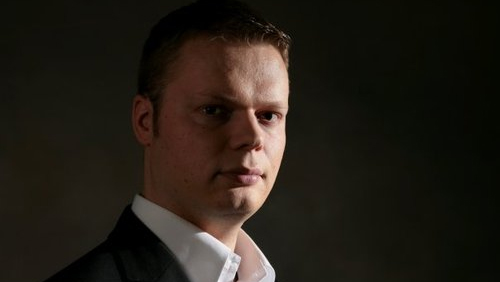 Finland’s Juha Helppi has been travelling the poker circuit for so long you could call him an ‘antique’, but he’s never won a World Series of Poker bracelet—until now.

A World Series of Poker (WSOP) bracelet is a thing of beauty, but it’s also a curse, maddening the heart if one tries too hard to secure the feeling against one’s wrist.

Juha Helppi is mad no more.

The Finnish stalwart is a true champion of poker, having turned the spit for decades when most would have burnt their offering to ash. Helppi has made the final table of a WSOP event on six occasions, twice coming within a silk’s width from the bracelet.

It was ‘Limit’ that would offer Helppi his breakthrough, this time, the more magnificent looking $10,000 Limit Hold’em Championship. The event attracted 118 entrants and cobbled together a final table that included bracelet winners Tommy Hang, Kevin Song and Josh Arieh.

Helppi faced the Day 2 chip leader, Mike Lancaster, heads-up, after a stroke of luck saw his As8h out-flop the AhTs of Hang, sending him scurrying to the rail like a mouse running away from a lady with a carving knife.

The resultant chip lead was 4.165m v 2.915m in Helppi’s favour, but it was Lancaster who would hold on to pole position for the most extended period, at one point grinding Helppi down to a 5.1m v 1.9m chip deficit. It’s at this point in the tournament that Helppi’s experience mattered. The pair exchanged leads back and forth until the Finn retook the lead, and in the final hand, his Kd6h beat Lancaster’s Qd2s for all the chips in the competition.

“I’ve been close to winning a bracelet many times, that’s why it was so exciting because it happened to me many times in the past,” Helppi told PokerNews after his win. “Finally, getting that bracelet that I’ve been looking for, like for 16 years, it’s amazing.”

Three other stars of the game who got close to biting the fingers of Helppi, included John Racener (11th), Eli Elezra (12th) and James Obst (16th).​