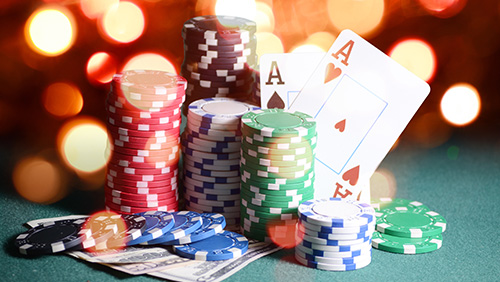 PokerStars announce their withdrawal from the Swiss online gambling market to avoid upsetting lawmakers but plan to return with potential Casino Davos partnership.

PokerStars’ Swiss team is currently vaulting, cartwheeling and split leaping like an Olympic gymnast after failing to bed a casino partner in time for the implementation of the country’s new online gambling laws.

In June 2018, a proposed bill to impose stricter rules on foreign involvement in the Swiss gambling industry passed through the hallowed halls of the Eidgenössische Spielbankenkommission (ESBK) by a whopping 72.9% vote.

Those rules meant international online gambling operators needed to have a relationship with a land-based operation that had the rights to apply for an online gambling license.

The Money Gaming Act didn’t come into force immediately, with a date of July 1st etched into granite, but GVC pulled their Bwin and partypoker products from shelves in January 2019.

PokerStars kept their powder dry until the eleventh hour when they advised the Swiss market of their intention to paralyse their operation until further notice.

CardsChat managed to pull this statement from the bowels of the largest online poker room in the world.

“We are currently working with our Swiss gaming partner who is responsible for arranging the necessary approvals with the authorities in order to provide licensed poker for Swiss residents. As soon as our local partner obtains the necessary approvals, players will need to upgrade to new software, which will offer the opportunity to play with the same players in the same games that were enjoyed on the old software.”

If you live in Switzerland and are concerned that the new changes mean you’ll be ring-fenced, then don’t. PokerStars have stated that Swiss players can still compete in the PokerStars.eu or PokerStars.com markets once gaming officials approve their license.

PokerStars isn’t the only well-known gambling operator to withdraw from Switzerland in ‘Fergie time.’ William Hill also left it late, much to the chagrin of their clientele.