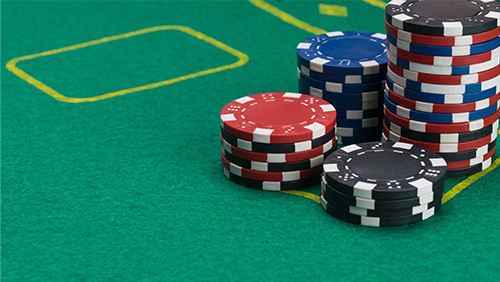 A special round-up from the World Series of Poker after Loren Klein joins an esteemed club of three after winning his fourth bracelet in successive years, and two more online bracelets draw huge crowds.

There were no teardrops. A sigh, not of relief, more a signification of the end of a hard day’s graft—and it was a hard day, as Loren Klein fought back from the shortest stack at the final table to be the only man left with chips by the time the bell tolled, a status rapidly becoming familiarity.

Klein becomes only the third player to win four golden bracelets in four successive years after winning the 218-entrant Event #43: $2,500 Mixed Big Bet, but the manner of his accomplishment puts those of his peers, Bill Boyd and the great Doyle Brunson into the shade.

Incrediblé as the French would say.

Here’s how the final table stacked up.

Klein doubled through Phil Hui in the first hand of No-Limit 5-Card Draw before busting Mike Sexton in a round of Big O after his set of fives broke the back of the partypoker chief’s aces.

Hughes continued to dominate, but Klein kept gaining, winning hands in Big O, No-Limit Hold’em and Pot-Limit Omaha to move into second place, before taking the chip lead for the first time during three-handed play, outdrawing a pat nine in a hand of Pot-Limit 2-7 Triple Draw against Hughes.

Despite losing seemingly every confrontation against Klein, Hughes would take the chip lead into heads-up play after eliminating Hui in a hand of Pot-Limit 2-7 Triple Draw—a lead that would prove as brittle as bones riddled with osteoporosis.

It’s the second successive year that Hughes has lost, heads-up, for this particular bracelet after losing out to Scott Bohlman in 2018, a ‘successive’ record he would rather not want.

Live to digital: Wins for Gooch and Lupo

It’s Gooch’s sixth cash of the summer, and his biggest score to date, either live or online, eclipsing the $230,475 he won for finishing 36th in last year’s WSOP Main Event.

It was a tasty final table full of top of the range poker robots. Dario Sammartino was making his second final table after finishing fourth in the $10,000 H.O.R.S.E Championship, Gianluca Speranza is a back-to-back Spring Championship of Online Poker (SCOOP) Main Event winner, bracelet winner, Justin Liberto, won the Wynn Classic in the beginning of the month, and Max Pescatori is a four-time winner bracelet winner.

It all mattered for nought.

Gooch has the bracelet.