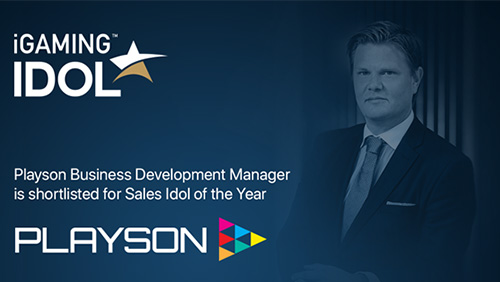 Malta, 19th June 2019 – Lars Kollind, Business Development Manager at Playson, has been nominated for Sales Idol of the Year at the iGaming Idol 2019.

Kollind, who has helped raise the profile of the casino software developer since joining the company earlier this year, impressed the panel of expert judges with his management skills and commercial acumen.

Winners will be announced at a prestigious awards ceremony, which takes place on 11th September at InterContinental Malta Hotel, Malta.

The iGaming Idol Awards celebrates those who have excelled in their field of expertise and made a positive impact on the iGaming industry.

Lars Kollind, Business Development Manager at Playson, said: “I’m delighted to have been shortlisted for Sales Idol of the Year at this year’s iGaming Idol Awards.

“It has been an exciting few months at Playson with some big commercial deals announced and the release of some fantastic games.

“It’s an honour to be nominated by my peers and fingers crossed we can turn this shortlist into some silverware.”

Playson is a leading content development firm emerging into the regulated European Marketplace. With a portfolio of 60+ HTML5 Omni-Channel games, offices in Malta and Ukraine and licenses from the UKGC and MGA, Playson is well positioned to meet the needs of the most discerning iGaming operators.