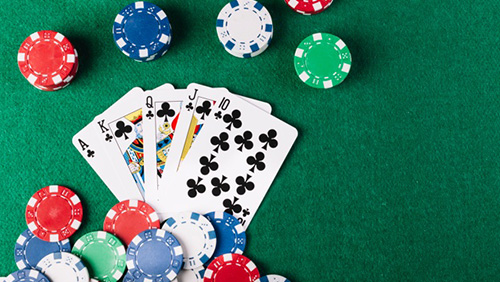 The 2018/19 World Series of Poker Circuit (WSOPC) has gone the way of the Dodo after Chris Lane took down the $1,700 buy-in Main Event at New Orleans.

The 582-entrant event ensured the $881,000 prize pool beat the crap out of the $750,000 guarantee, and Lane, from Jackson Mississipi, banked the $185,158 first prize along with the final seat into the WSOP Global Casino Championships, and the chance to win a bracelet.

Lane overcame a final table devoid of star status and experience to earn his most significant win. The graphic designer has been playing poker for 6-7 years, and this is his third crown. Lane’s first-ever cash was a victory in the Heartland Poker Tour (HPT) Main Event in Vicksburg back in 2014.

The Central Intelligence Agency (CIA) have used a form of musical torture known as ‘earworm’ where they play a song on repeat until the sufferer ends up schizophrenic, and that’s precisely how I used to feel after six-weeks in the Rio listening to that goddam soundtrack.

It could get worse.

Divine has a fondness for all things WSOP, and as we head into the final weeks of the build-up to the 50th Anniversary, the bracelet winner has released a hip hop single “The Eye of the Grinder.”

According to reports, the Las Vegas resident is in discussion with WSOP officials to shoot a music video once the mothership is in situ in the Amazon Room.

Divine believes in his product.

“Nobody has really created a great poker song since Kenny dropped ‘The Gambler’ all those years ago,” Divine told PokerNews. “If anything, I feel like I’ve created the second-best poker song ever made out of respect for the legend. As a poker community we needed an anthem and I was more than happy to fulfill this need. Poker and hip-hop music are my two biggest passions and it was great to be able to merge them both together.”

Here is that anthem.

New Jersey Players Can Compete in ‘Some’ WSOP.com Events

Players will have more opportunities than ever to win an online bracelet at the 50th Anniversary special, with nine slivers of gold up for grabs in that format.

There’s been some confusion over the rules of engagement for New Jersey-based WSOP.com players, and recently the WSOP announced that the first two online bracelet events would be open to New Jersey-based players.

The delayed decision was down to the altered Wire Act opinion decreeing that interstate online gambling is illegal. Fortunately for NJ based grinders, the deadline for the likes of the WSOP to comply with this new opinion won’t come into force until June 14.

Here are those nine bracelet events.

* Players in NJ can compete in these events.​