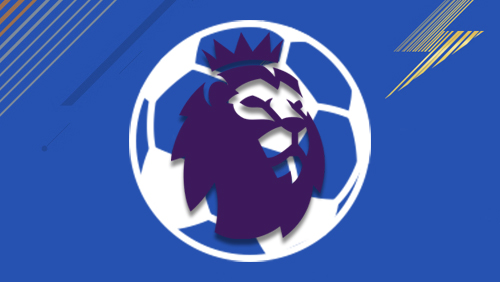 A crucial night in the English Premier League as Manchester City win the Manchester derby putting them firmly in pole position in the race to defend the title, and Arsenal loses ground on Chelsea and Spurs with defeat at Wolves.

As the Manchester City quintet of Leroy Sané, Sergio Agüero, Raheem Sterling, and the scintillating Silva’s moved through the landmines of Old Trafford, the score flashed up in the bottom left-hand corner of the TV screen.

But Man City want the title.

Nothing is inevitable in the English Premier League (EPL). Any team can beat any team. It’s what makes the league the best in the world. However, as sure as bile follows a heavy night on the town, Liverpool would have looked at the Manchester derby as their last remaining hope of championship glory.

It had to be United.

Fortunately, for the blue half of Manchester, the Theatre of Dreams may be a Cathedral of football, but rarely do Man City bend the knee and pray having won five of their previous seven visits.

Undefeated at home since August, and with reason to perform after the annihilation at Goodison Park, United began well, and in the first ten minutes, the ball spent more time in the middle of the park and the City half.

Fred saw a long-range effort fly wide, and Paul Pogba found Jesse Lingard with a sweet long ball, only for him to volley wide on the stretch.

Bernardo Silva kept giving the ball away, and Vincent Kompany looked like a one-legged pigeon amongst a skulk of foxes.

And then a chance at both ends.

With 19-minutes on the clock, Bernardo Silva found the space to unleash a powerful drive from the edge of the box, and David De Gea’s save with his feet set up a counter-attack that ended with Ederson flying out to the edge of the box to take the ball from the feet of Marcus Rashford.

Rashford was the best player on the park in the first 20-minutes, giving Kompany a torrid time. The Belgian responded with brute force, ending up in the book, but United never utilised the one obvious weakness in the City side. Proof of Rashford’s rising confidence came on 23-minutes when he shot from just inside the City half – the ball looping just over the bar.

Then around the 30-minute mark City began to take over, and you could see the difference in class in the last third of the pitch. With Pogba and Fred playing too deep, United never seemed likely to score. City, on the other hand, always looked dangerous whenever they tippy-tapped their way around the United box.

The half ended with one of those ‘tippy-tappy’ moments when Ilkay Gündogan, David Silva, and Agüero combined to set up Sterling, who left three United defenders for dead inside the box before disappointingly shooting straight at De Gea from six yards.

City is a team that scores within the first ten minutes with a higher frequency than the good guys winning in war movies, so United must have gone into the half time interval full of confidence. But they didn’t carry it in a second half that belonged to the boys in blue.

Ten minutes into the second half, with City on the ascendency, Bernardo Silva picked up the ball on the edge of the box, and smashed the ball home with his right peg, beating De Gea far too easily at his near post. It was Silva’s 13th goal of the season, in his 100th game for the club.

Then the crucial moment in the match.

Fernandinho, who was arguably the man of the match in the first half, was substituted because of injury. It should have been a significant loss, but the rejig, including a place on the left for Sané, changed everything.

120-seconds after the goal and a flawless attack from Agüero, Sané and David Silva ended with the Argentine striking the foot of the post with De Gea well beaten.

United had an excellent chance to equalise almost immediately, when Rashford, who had found space on the right-hand side of the six-yard box, volleyed it to the far stick, and Lingard could only produce an air shot with an empty net standing tall and broad in front of his mush.

Then City picked up the pitchfork and drove it into the heart of the Red Devils when Sterling led a counter-attack, four players joined him, including Agüero and Sané. Matteo Darmian and Chris Smalling were both attracted to Agüero’s run, leaving Sané in acres of space and his low drive went into the net off the feet of De Gea. It should have been another comfortable stop for the Spaniard, and tongues will continue wagging as to why one of the world’s best goalkeepers seems to be having a crisis of confidence.

After that, the game died.

When United had it, they looked devoid of ideas, with Pogba seemingly more interested in fannying about in the wrong parts of the pitch. Whenever the ball ended up anywhere near the City penalty area, the United players turned to stone.

Barring a severe mishap, you have to think the title is City’s after moving a point clear of Liverpool with a +8 superior goal difference, and only Burnley, Leicester and Brighton standing in their way. Win all of those, and they become the first team to defend the EPL title in a decade.

United is in freefall.

This was their seventh defeat in nine games, after only losing one of Solsjkaer’s first 17. It’s also the 12th game in a row that they have conceded, and no United team has done that since 1971.

They are now three points behind Chelsea, who occupy the fourth spot, and the pair meet in a crucial game at Old Trafford on the weekend. However, Maurizio Sarri’s side have a superior goal difference.

In the night’s other tie, Arsenal slumped to a 3-1 defeat away at Wolves. A win would have put them fourth, but as Neville quite rightly pointed out.

“Nobody wants this fourth place.”