Vilnius – 17 April 2019 – With 21 days to go until the second edition of MARE BALTICUM Gaming Summit, also known as the Baltic and Scandinavian Gaming Summit and Awards opens its doors, the organizers, European Gaming Media and Events are excited to announce their latest sponsor, ConnectPay. 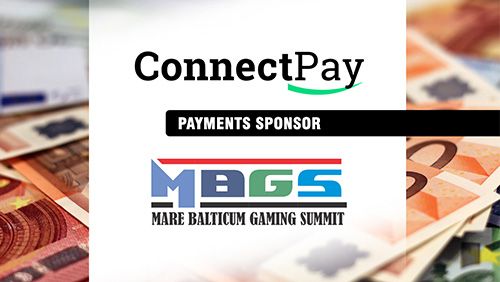 Financial services providers are an important part of the gambling industry and having a local company such as ConnectPay present at the conference in Vilnius gives an unparalleled opportunity for regional and global companies to learn more about the company.

ConnectPay is welcomed as the official Payments Sponsor of MARE BALTICUM Gaming Summit 2019 and is a financial services provider for rapidly-growing online-focused businesses, which are long under-served by mainstream banks.

The company operates as an alternative bank that delivers a connected and usability-focused customer experience to fast-paced online businesses. Leveraging our extensive know-how and network, ConnectPay shortens the distance of power between under-served digital businesses and mainstream banks. We do this by creating products with enhanced capabilities, continuously optimized to meet the needs of the modern digital consumer.

Liutauras Varanavičius, Head of Business Development at ConnectPay stated: “Since Gaming is one of the industries that ConnectPay focuses on the most, we are more than happy to sponsor the event and meet strong, fast growing, perspective industry players. MARE BALTICUM Gaming Summit is a great chance to create trustworthy and valuable business partnerships and achieve the most effective win-win solutions together.”

For more details about the calendar, agendas and locations, visit the Live Events/Conferences section on https://europeangaming.eu/